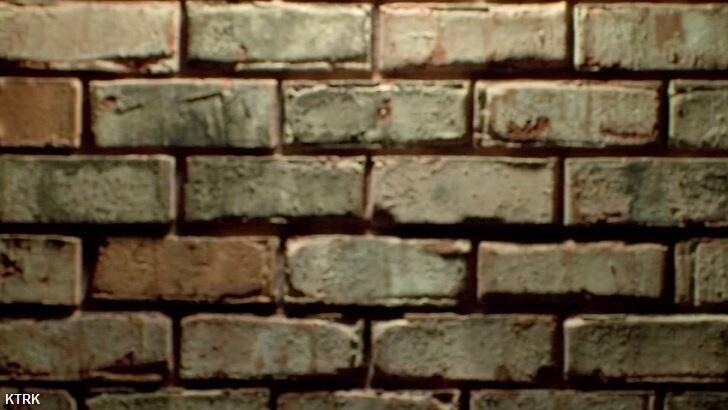 A house in Texas has been turned into something of a shrine after an anomaly bearing a resemblance to the Virgin Mary was spotted on a wall there. According to a local media report, the potentially miraculous marking is located on the outside of a home in the city of Rosenberg and seemingly appeared out of nowhere around ten days ago. Homeowners Betty and Eloy Contreras were astounded when their neighbor noticed the oddity beneath a porch light and alerted them to its presence.

"The light is like the Holy Spirit shining over the picture," marveled Betty, who is certain that the marking is some kind of spiritual sign. "I believe she wants us to pray," the awestruck homeowner said, "and that we need to unite and pray." Her husband, who described himself as a skeptic, conceded that he was also taken aback by the remarkable 'visitor' on the outside of their home. "I saw it right away," he recalled, "and all I could say is 'wow.'"

It would appear that the couple are not alone in the belief that the marking on the wall is a divine message. In a TV news segment about the anomaly on the outside of the home, a throng of people can be seen gathered outside the house, lighting candles, leaving flowers at the spot, singing, and praying. While skeptics will no doubt say that the perceived appearance of the Virgin Mary is merely a stain and not a spiritual event, it seems to have brought some solace to those visiting the home during these troubled times.