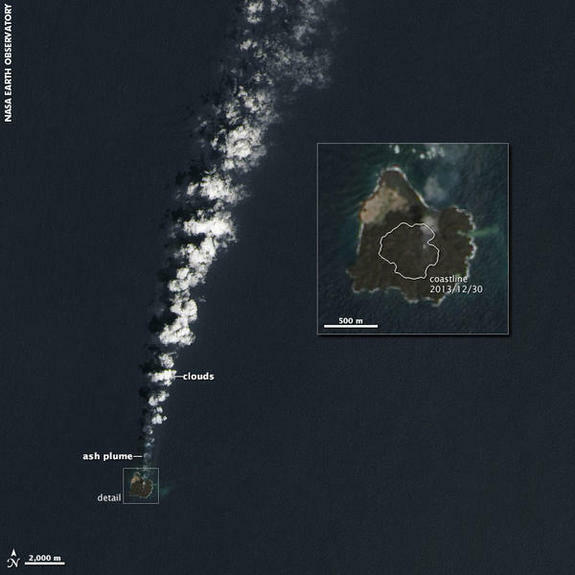 A newborn volcanic island, which rose from the sea in November 2013, has swallowed it's neighbor whole. Some thought the baby island, called Niijima, would slip back into the ocean but the island continued to grow until it joined with the older island, Nishino-shima. The landmass has tripled in height since December, according to NASA's Earth Observatory. More at LiveScience.