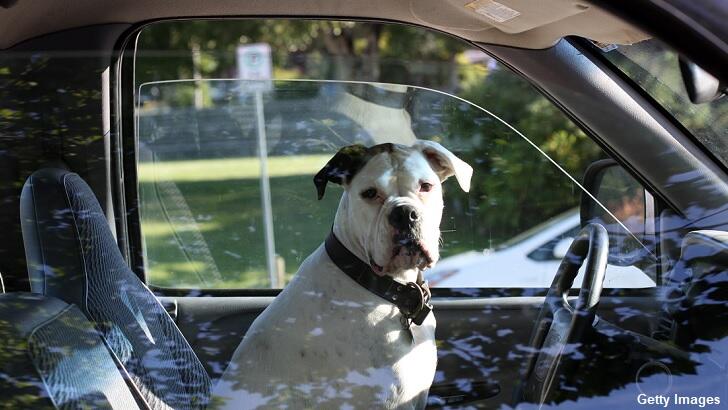 Authorities in Washington state were understandably surprised when they caught up to a man who had led them on a high-speed chase and discovered that his dog was behind the wheel. The bizarre incident reportedly occurred this past Sunday afternoon when the unnamed driver hit a pair of vehicles and quickly fled the scene. Cops on the lookout for the motorist subsequently spotted him driving 100 miles per hour down the highway and began what soon turned into a high-speed pursuit.

With a convoy of cruisers behind him, the man eventually exited the highway and attempted to escape along some side roads, but his plan quickly fell apart and his vehicle came to a stop thanks to some spike strips deployed by police. It was at that point that officers approached the vehicle and were greeted by a pit bull sitting in the driver's seat. Incredibly, authorities say, the man sitting in the passenger seat and presumably working the steering wheel for the canine informed them that he had been teaching his dog how to drive!

As one can imagine, authorities were not amused and charged the man with wrecking driving and felony eluding among other vehicular offenses. The motorist was also cited for driving under the influence, which may explain what inspired the decision to try and teach his dog to drive. What became of the canine is a mystery, but one assumes it was taken into custody by animal control rather than being allowed to drive home on its own.