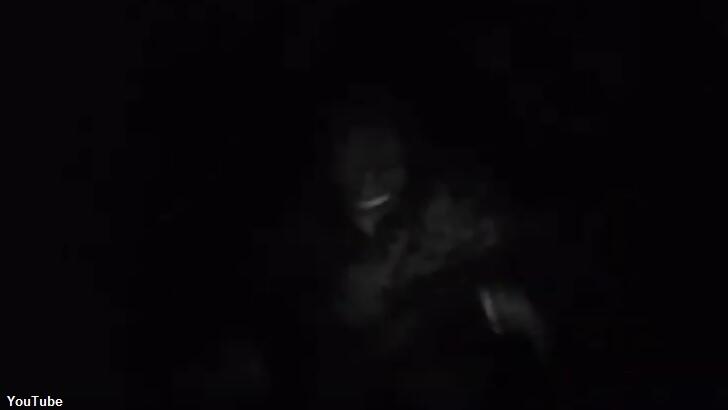 An odd video circulating online purportedly shows a Bigfoot lunging at a terrified boy, but not everyone is convinced that the footage is genuine. The weird scene was recorded by an unnamed young man who claims that he "spotted a Sasquatch figure" near his school a few weeks prior and decided to see if he could locate the creature. The footage shows the youngster and friend walking through some woods in the dark when they hear some unexplained noises in the distance.

"Dude, what is that," asks the frightened boy and his friend quickly replies, "I don't know." Their fears were soon realized when some kind of bipedal creature comes running towards them. The kids promptly flee the area screaming and crying out for help before the video comes to an end. The boy behind the possible Bigfoot video later uploaded it to YouTube and explained that the creature did not chase after them and, instead, "just ran for a second then stopped and went back into the bushes."

Although the boy insists that the incident really took place and some Bigfoot enthusiasts believe that the video does show the creature charging after him, the footage has drawn a fair share of skepticism. Specifically, people point to the fact that one can barely catch a glimpse of the 'beast' and it very well could be someone in a costume rather than the famed cryptid. With that in mind, what's your take on the odd video? Weigh in at the Coast to Coast AM Facebook page.