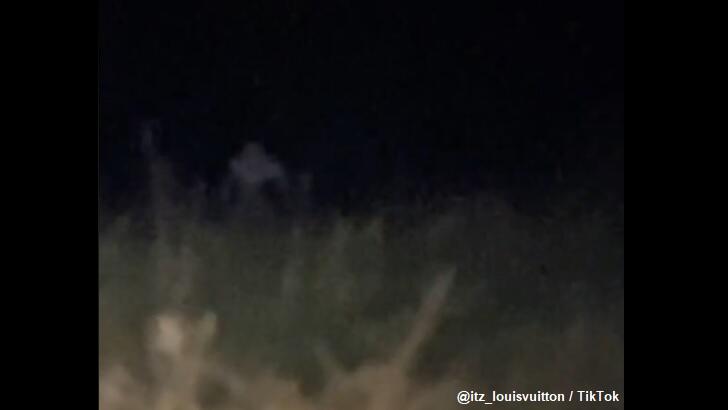 A puzzling piece of footage circulating online appears to show an eerie bipedal figure that some suspect could be a skinwalker. The unsettling scene was posted to TikTok earlier this year by user 'itz_louisvuitton,' who simply labeled the moment "scary." Unfortunately, as is often the case with such videos, details surrounding the incident are virtually nonexistent with the location, witnesses, and date of the event all a mystery.

What can be discerned from the video is that it seems to have been filmed by a pair of friends as they were driving around a remote location in search of wildlife. Illuminating some tall grass with a flashlight, a man in the passenger seat tells the driver to stop the vehicle because he suspects that he has just seen a buck. However, the perceived deer then seems to stand up and resembles a pale figure on two legs making a run toward the vehicle. In a manner akin to a horror movie, one of the men screams "what is that" and, of course, the video ends abruptly.

Despite the lack of background for the footage, it has captured the imagination of social media users, amassing nearly a million 'likes' and a staggering thirty-thousand comments. As for what the weird figure could have been, some observers have suggested that it was a skinwalker or a similar legendary spirit being like a wendigo or a rake. More skeptical-minded viewers posit that in light of the cinematic nature of the video and where it appeared online, it is likely just a hoax that wound up taking on a life of its own and went viral due to its ambiguity. With that in mind, what's your take on the footage? Share your thoughts at the C2C Facebook page.