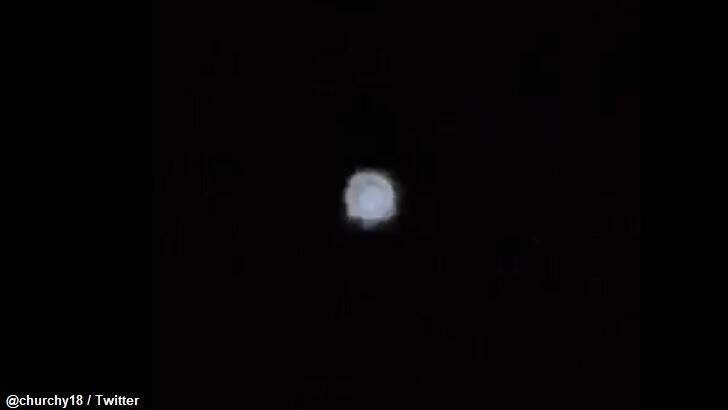 A retired soccer star in England sparked something of a stir on social media last week when he shared a strange video of a mysterious glowing light that he spotted in the night sky. Simon Church posted the puzzling scene on his Twitter account last Tuesday evening, marveling that he had "just seen the craziest thing whilst having a look at Venus tonight. It was way too high to be a drone and then just disappeared."

In the brief video (which can be seen below), a curious ball of light can be seen hovering in the sky for about thirty seconds. An attempt to zoom in on the object provides a bit more detail, but it remains largely indecipherable. While the footage is not particularly fantastic compared to most UFO videos that appear online, Church's celebrity status led to the sighting garnering considerable attention and, in turn, an array of theories for what he may have seen.

While some of his Twitter followers offered imaginative explanations, including aliens, as well as prosaic possibilities such as a Chinese lantern, several individuals seemingly managed to solve the mystery by pointing out that the International Space Station was passing over the area at the very time of the sighting. For his part, Church accepted this as the answer and mused that it was "cool to watch" while conceding that he was "gutted it's not Mars Attacks."

First Half: Legendary remote viewer Edward A. Dames, Major, U.S. Army (ret.) will discuss the current cases his agency is working on, updates on the solar kill shot, his recent work on the Sasquatch/UFO connection, mutations of COVID-19, and...