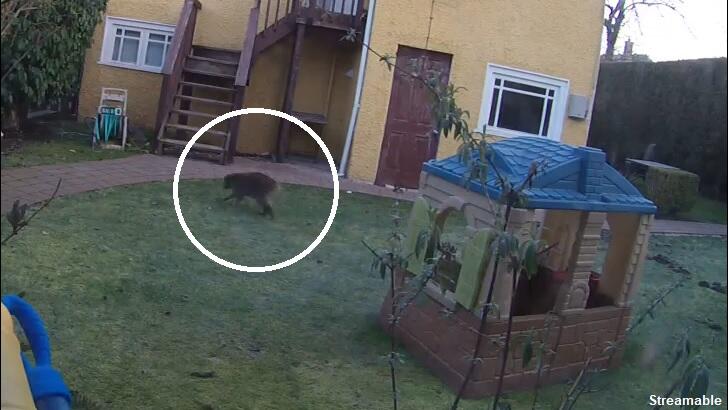 A Vancouver resident was left scratching their head when a security camera at their house spotted a strange tailless creature scurrying through the backyard. The incident was reportedly filmed on Thursday morning and the weird scene was subsequently posted to Reddit by the homeowner who asked the understandable question "what just ran through my yard and how far should I move?"

In the video, a rather sizeable creature that seemingly sports no tail can be seen quickly dashing across the backyard past a children's playhouse before disappearing into some bushes. As is often the case with mystery animal sightings, there was no shortage of theories for what the oddity could have been. Among the possibilities offered by online observers were some kind of escaped ape, an out-of-place capybara, and even the infamous chupacabra.

Fortunately, it would seem that the animal is likely something far more prosaic as a wildlife expert who watched the video indicated that it is probably just a very big raccoon. This assessment was based on the creature's paw coloring and gait. As for how it wound up missing its tail, that aspect of the story remains a mystery that will almost certainly go unsolved.