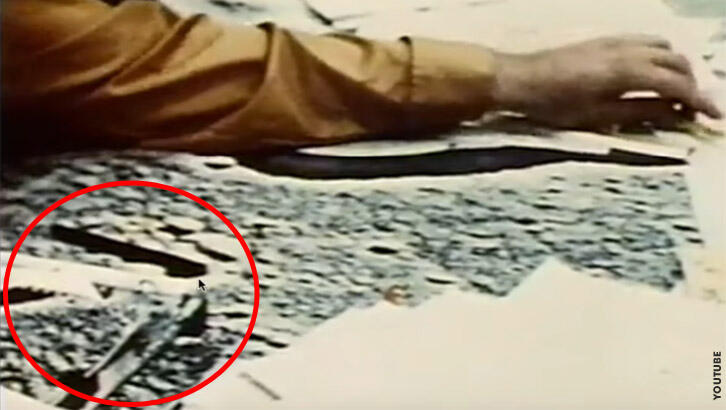 Watch: Structures on the Moon?

The Apollo 15 crew returned with a remarkable 1,400 photos of the Moon. Archival footage of NASA researchers reviewing these photos may offer proof of alien "structures" on the lunar surface, according to UFO hunter Scott Waring. In his recent YouTube video, Waring can be heard commenting: "Look at these long, tall structures. They are amazing, isn't they?" Throughout the video, Waring fast forwards to several segments where it appears, at least to him, the researchers are puzzling over photos of structures on the Moon. "The raw footage is 100 percent proof that NASA knew about the existence of aliens way back in 1971," he suggested.