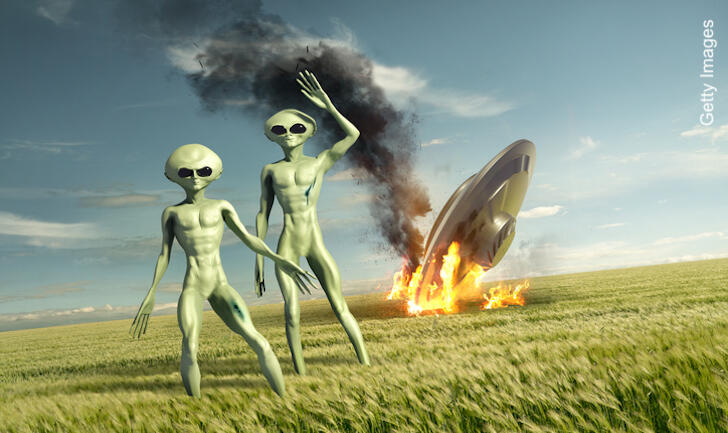 Why Is Pennsylvania Such a Hotspot for UFOs?

Famous for its professional sports teams, coal and steel industries, and role as one of the thirteen original colonies of the United States, Pennsylvania is reportedly also becoming well-known for the weirdness in its skies. According to the UFO Research Center of Pennsylvania, the eastern state has logged over 3,500 UFO sightings in the past 70 years—which may not come as a surprise to investigators of the phenomenon like Butch Witkowski, the founder of the Center who claims to have sighted alien craft on more than a dozen occasions himself.

Among the incidents reported is the 1952 sighting of a fast-moving "flaming orange-red football shaped object" about three feet across that nearly collided with a small airplane in Allentown. In 1965, a fiery object crashing near Kecksburg got the attention of state and federal agents, who responded to the scene to investigate. And UFO sightings have picked up considerably in more recent years; already in 2021, an oval-shaped spaceship flying close to the ground has been reported in Reading.

So what does all of this activity mean for Pennsylvania? Some UFO enthusiasts say it's a sign that aliens are moving closer to establishing more straightforward contact with the humans of Earth. That's presumably an intriguing possibility for those who, like Witkowski, don't believe that the US government's upcoming report on UAP will officially confirm that at least some of the objects documented are indeed alien craft.