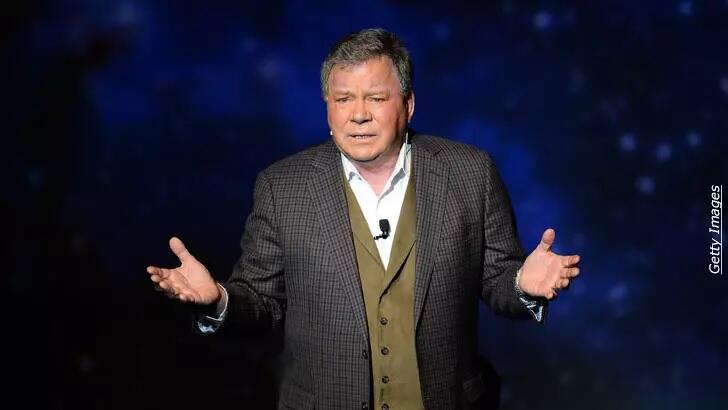 Star Trek's famed Captain Kirk will soon venture into space for real as iconic actor William Shatner will join the crew of the second Blue Origin launch scheduled for next week. Rumors that the legendary entertainer would be a participant in the launch had been circulating for the last few weeks and his inclusion in the endeavor was finally made official on Monday. In a statement issued by Blue Origin, Shatner marveled that "I've heard about space for a long time now. I'm taking the opportunity to see it for myself. What a miracle." Remarkably, the actor will actually wind up making history with the launch, set for October 12th, by becoming the oldest person ever to venture into space at a staggering 90 years old.

The pending rocket launch is actually not the first time that Shatner has been attached to a private space company as the BBC reports that, around a decade ago, the actor had been in discussions with Virgin Galactic to participate in one of their launches. However, he said, talks fell apart when company founder Sir Richard Branson wanted the Hollywood star to fund his own flight. "He wanted me to go up and pay for it," Shatner said in 2011 interview, "and I said: 'Hey, you pay me and I'll go up. I'll risk my life for a large sum of money.' But he didn't pick me up on my offer." Fortunately, it would appear that Blue Origin is footing the bill for next week's flight which will undoubtedly attract considerable attention as legions of Star Trek fans watch the beloved Enterprise captain make history.

While we wait for next week's launch, Coast Insiders can check out William Shatner's 6/12/2008 appearance on C2C wherein he discussed his remarkable career including his roles in Twilight Zone, Star Trek, and Boston Legal. Not a Coast Insider yet? Sign up today.