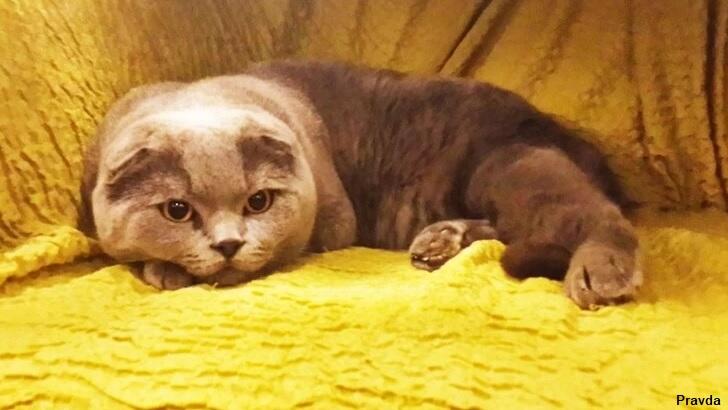 'Wish-Granting' Cat for Sale in Russia

An odd online classified ad in Russia is selling what is described as a wish-granting cat and, by virtue of its purported ability, the feline's owner is asking for big bucks in return for the allegedly magical animal. The strange posting reportedly appeared on the Russian equivalent of Craigslist late last month and showcased a Scottish Fold, dubbed Visik. In the listing, the seller asserts that the cat can grant wishes and names the selling price at a whopping 10 million rubles, which translates to roughly $127,000.

As one might imagine, the curious ad caught the attention of a Russian media outlet, who managed to track down Visik's owner, a woman named Elena, in the city of Novosibirsk to get to the bottom of the very weird claim. According to her, the cat's ability to grant wishes was discovered accidentally when she was in need of an apartment. Turning to Visik, Elena lamented her plight and asked for the animal to "fulfill my wish" for a new place to live.

"Literally the next day I realized that everything would come true," she marveled, "you immediately feel that events are starting to take shape as they should. And a month later, I already had an apartment." Elena says that she subsequently put Visik's wish-granting abilities to the test and her family members received a new apartment and a new car. Alas, in a tale as old as time, it would seem that the feline's magical powers were limited to only three instances, presumably per owner, which is why Elena has now decided to sell the cat.

In light of the untold riches that the wish-granting creature can presumably bestow upon its future owners, Elena is asking for the relatively meager sum of $127,000 for the fantastic animal. Strangely enough, Visik is not the first magical feline to go up for sale in Russia as an allegedly psychic cat appeared in a similar ad last year asking for $75,000 and, in what was undoubtedly the inspiration for the two listings, another clairvoyant tabby actually sold for $83,000 back in 2017.