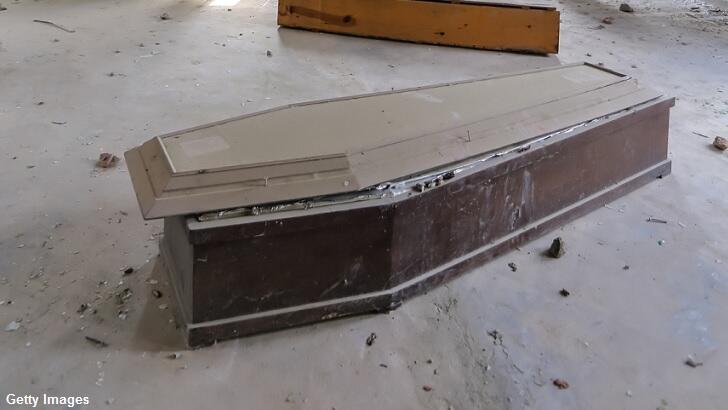 A witchdoctor in Zambia is on the run from authorities after a scheme surrounding 'moving coffins' and magic spells created creepy chaos in one village. According to a report out of the country, the yet-to-be-identified sorcerer said that he could help grieving families avenge the loss of their loved ones by way of a rather unorthodox method. According to the witchdoctor, he possessed the ability to use the person's coffin as a tracking device, of sorts, and find the party responsible for their demise.

This service, of course, came at a cost, with the witchdoctor offering two different options which were actually a rather clever bit of marketing. For a reasonable cost, pallbearers would carry the crime-fighting coffin as it led the sorcerer towards the person assumed to also be some practitioner of the dark arts and, in turn, the one who killed the occupant of the casket. And, for more than triple the price, the coffin alone would go after the 'killer' presumably resembling a planchette hovering by itself over a Ouija board.

While it is uncertain whether anyone took him up on the 'platinum package' and attempted to test his ability to animate a coffin, at least five families in the village apparently did seek his help. And it seemingly became such a problem in the community, since people refused to allow the bodies to be buried until the sorcerer had attended to them, that authorities were forced to intervene. This, in turn, led to a small riot and the subsequent announcement that the witchdoctor is now a wanted man for stirring up such trouble in the village.