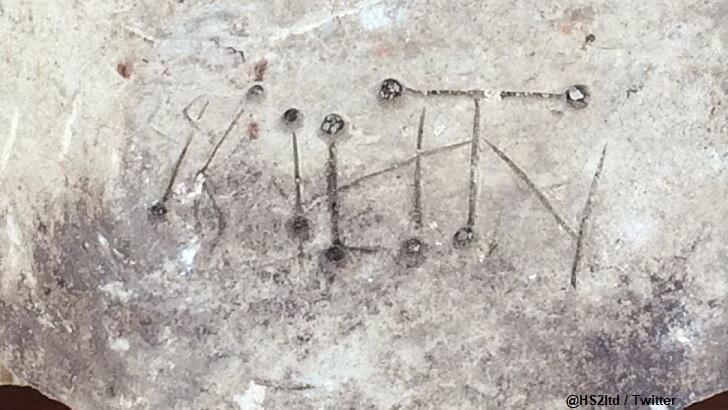 'Witches' Marks' Discovered on Ruins of Medieval Church in England

Archaeologists excavating an abandoned medieval church in England were surprised to find curious markings which experts say were likely meant to ward off evil spirits. The odd ancient graffiti was reportedly discovered on the ruins of St Mary's Church in the village of Stoke Mandeville where a high speed railway line is set to be built in a few years. As part of the process, archaeologists have been going over the route and removing items of historical significance such as the 12th century church which was abandoned over 150 years ago.

On several stone which comprised the building were various odd symbols believed to be what are known as 'witches' marks' that were thought at the time of the building's construction to be symbols which could repel negative forces. There was also a peculiar circular carving that experts suggest could have been a rudimentary sundial. Marveling that the markings constitute a "fascinating insight into the past," lead archaeologist Michael Court credited the development of railway line for inadvertently revealing "years of heritage and British history."