Home > Articles > Witness in England Spots 'Dome of Light' Prior to Appearance of Crop Circle
June 18, 2021 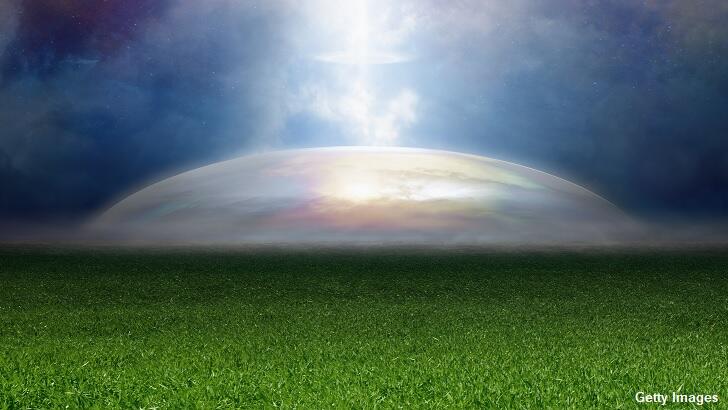 In a strange story out of England, a man claims to have spotted a massive dome of light lingering in a field prior to the appearance of a crop circle the following day. According to a local media report, the intriguing incident reportedly occurred early Wednesday morning in the village of Chalfont Saint Peter, when a bright light emanating from outside of his home woke up witness Martin Hoult. Initially think that perhaps it was the moon or some kind of security light, he peered out the window and was astounded by what he saw.

"It was a great dome of light, that’s the only way I can describe it," Houllt recalled, "it was perfectly white, like an opaque bulb. The dome was about 150 feet wide and around 30 feet tall – absolutely enormous." Eerily the anomaly was completely silent and the man eventually wound up falling back to sleep. The following morning, Hoult inquired with his neighbor about the strange event from the night before, but they had not seen anything.

The duo decided to investigate the field where the dome had seemingly been sitting and, to their surprise, they discovered that there was now a sizeable crop circle in the location. Remarkably, Hoult estimated that, at one point, the formation was the same width, 150 feet, as the light that he had seen hours earlier. "It's very strange," he mused about the experience, "I can't say it was a UFO because it wasn't flying, but it was definitely an unidentified object or light."

Alas, the witness did not snap any photos of the curious dome of light that he saw in the middle of the night, though he did take a few pictures of the peculiar formation found in the field (seen below). With that in mind, what do you make of Hoult's account? Could he have seen a crop formation in the process of being created or is there a more prosaic answer to the case? Share your thoughts with us at the C2C Facebook page.