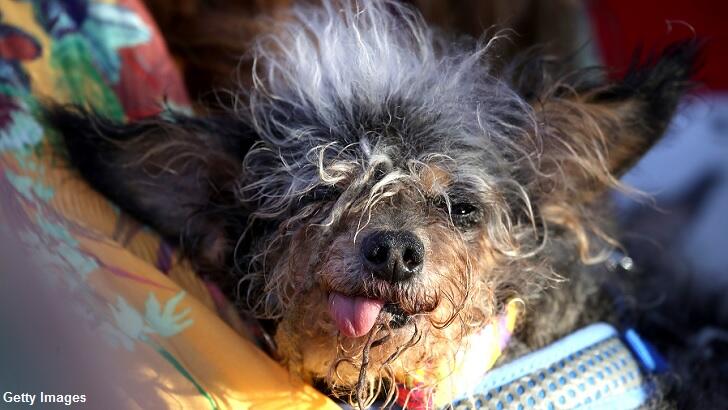 A California canine is sitting pretty after being crowned the World's Ugliest Dog for 2019. By way of its wild, unkempt hair and overall odd appearance, Scamp the Tramp beat out 18 other dogs for the dubious honor which has been awarded for the last 31 years at the Sonoma-Marin Fair in Petaluma. While the competition may sound like a cruel idea, the purpose of the event is actually to encourage people to adopt animals from rescue shelters.

To that end, Scamp the Tramp's owner, Yvonne Morones, says that she adopted the dog, which is of an undetermined breed back in 2014 from a shelter about an hour before the animal was scheduled to be put down. Since that time, the canine has become a fixture of his community, serving as both a therapy animal at a senior center and making weekly visits to an elementary school where children read books to him. A four-time entrant in the 'Ugliest Dog' competition, the animal finally took home the title this year and, with it, earned a new moniker: 'Scamp the Champ.'