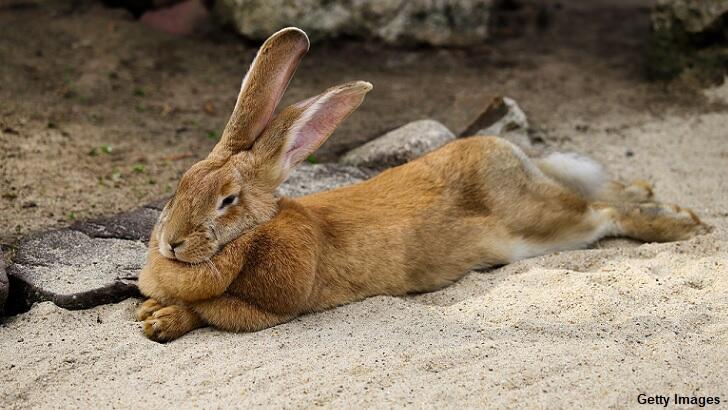 A rabbit that holds the world record for being the longest of its kind has gone missing from its home in England and it is believed that the strange disappearance was the work of some nefarious individuals. The enormous lagomorph, dubbed Darius, measures a staggering four feet in length and has held the title of 'World's Longest Rabbit' since being awarded the honor by Guinness back in 2010. Understandably, due to its jaw-dropping size, the Brobdingnagian bun became something of an animal celebrity as its owner, Annette Edwards, delighted in showcasing the massive creature for television programs and, as seen below, newspaper profile pieces.

In recent years, Darius has largely receded from the spotlight, retiring to an outdoor enclosure on Edwards' property in the village of Stoulton and awaiting the moment when he would hand over to the crown of world's longest rabbit to one of its prodigious offspring, which appear poised to take the title at any moment. However, the creature's tranquil existence was reportedly pierced this past weekend when he mysteriously vanished sometime between Saturday and Sunday. Taking to Twitter, Edwards declared it a "very sad day" and announced that "Darius has been stolen from his home."

She went on to offer a reward of approximately $2,745 for the animal's safe return and stressed that Darius is now too old to breed. As such, if the perpetrators had planned some grand scheme in which they would produce proverbial bootleg giant rabbits, the enterprise is doomed to fail. A bulletin about the crime was also issued by the West Mercia Police department, who appealed to the pubic for any tips on Darius' whereabouts. Considering that the creature is four feet long and weighs a whopping 50 pounds, we're guessing that he's pretty hard to miss and, hopefully, someone will come forward to help reunite the giant rabbit with his heartbroken owner.