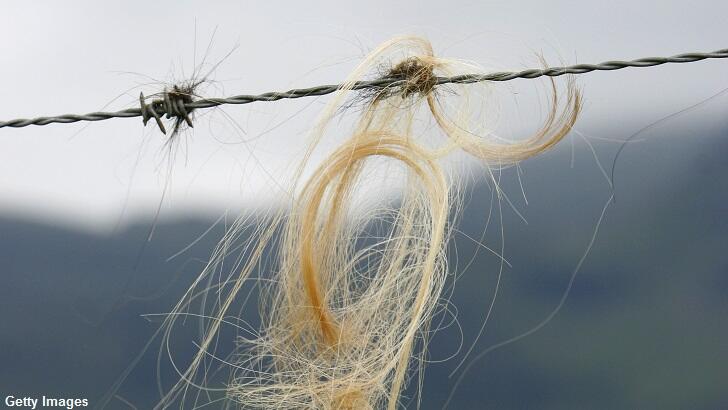 A cryptozoologist in Australia believes that he may have recovered hair from the elusive 'Bigfoot of Down Under' known as the Yowie. David Taylor reportedly made the discovery during an expedition over the weekend in a national park in Queensland. The proverbial Yowie hunt hit pay dirt when he stumbled upon a barbed wire fence that had seemingly been mangled by someone or something quite sizeable.

"Wires had been snapped and twisted like nothing I'd ever seen," Taylor recalled, "whatever did it was huge." Upon closer inspection, the researcher noticed that there were a few strands of hair hanging from the fence. In an observation which suggests that a Yowie encounter would probably be a pretty unpleasant olfactory experience, Taylor described the hair as smelling like "rotten meat crossed with urine."

Responding to critics who contend that an array of different creatures could have caused the damage and left the hairs behind, Taylor argued that the way in which the fence was destroyed "would have killed an animal." With that in mind, the researcher has sent the hair samples to a scientific lab for testing, although he conceded that if "it's anything like previous times, it will be inconclusive and won't match up to any animals."

First Half: Former copywriter and journalist with film & TV credentials, MR Gorga was a child in the wake of Amityville Horror and the Summer of Sam. He will discuss the first fully recorded eyewitness account of demonic possession in American...