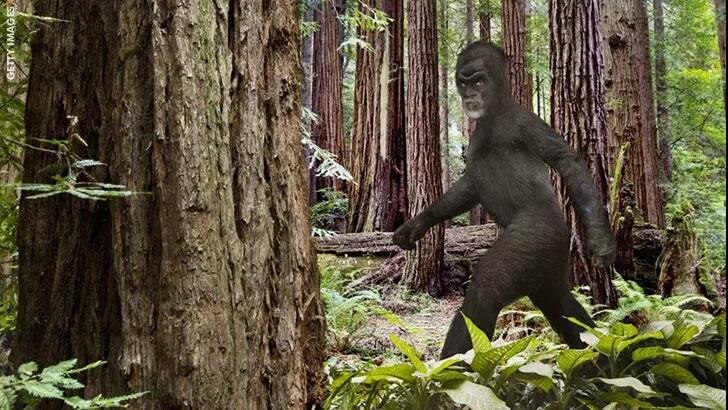 A longtime Yowie researcher claims to have had a close encounter with the creature that left him deeply unsettled. David Taylor has reportedly been attempting to prove the existence of the proverbial of Bigfoot from Down Under for over a decade and, along the way, has allegedly seen the beast on dozens of occasions. Be that as it may, he recently mused about how his first sighting of the elusive cryptid had a profound effect on him.

The incident in question, he said, occurred as he was biking through Australia's Dularcha National Park with a friend and suddenly "something made me look left, I didn't see anything, I didn't hear anything, I didn't smell anything I just felt compelled to look." When Taylor turned his head, he was stunned to see the legendary Yowie in all its glory. "It was huge. It look three steps," he recalled, "one step took it across the path that was as wide as a car, the second step it was into the bush and the third step it was totally gone."

Although the sighting was rather brief, Taylor indicated that he was only approximately 330 ft. from the creature and, as such, he managed to get a pretty good look at the beast. "It looked like an ape due to the hair," he remembered, "but it had real human characteristics in how it was built and its behavior." Intriguingly, he also observed that the Yowie appeared to possess human-like facial features.

Looking back on the encounter, Taylor marveled that "the adrenaline that went through me was just explosive. I just wanted to get out of there as quick as I could." His experience echoes many others who claim to have encountered Bigfoot and its brethren around the world wherein they are overcome with an inexplicable and almost supernatural level of terror. As one might imagine, the vivid sighting left an indelible mark on him and sparked his quest to confirm the reality of the creature that he stumbled upon so long ago.