The following images and information were provided by Richard C. Hoagland to accompany his news segment on the 7/20/12 show. 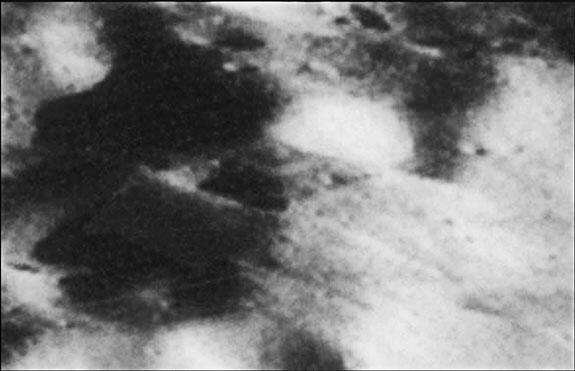 This startling section of Apollo photograph -- AS11-38-5564 -- was taken in lunar orbit by the crew of the first US Lunar Landing Mission, Apollo 11, July 20, 1969. It is an enlargement of what appears to be a massive "pyramid/ziggurat" ... built on the Farside of the Moon. 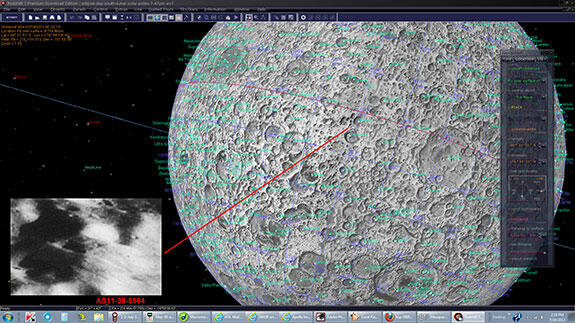 The second graphic is an Enterprise Mission composite of the Apollo 11 "ziggurat enlargement," and an annotated map view of the lunar Farside -- showing the approximate location of the "pyramid."

The fact that this massive, pyramidal, apparently artificial object (estimated to measure at least "a mile along each side, and to be roughly half-a-mile in height ...") is located almost EXACTLY opposite the Earth (near lunar longitude 180 degrees), seems highly significant; previous Enterprise studies of ancient pyramids on Earth has now confirmed that such massive, geometric structures function as passive, solid-state amplifiers for "torsion field energy." A possible use for such a massive pyramid on the Moon, "looking" at the Earth through the newly-discovered "metallic liquid core," could have been to study (in totally secrecy ...) the constantly changing Torsion Field Physics of the Earth ....

This and other analyses of the surprising effects of "torsion field physics" will be posted on EnterpriseMission.com shortly -- as part of an Enterprise analysis of the revolutionary torsion field changes which accompanied the recent (May 20th) "annular solar eclipse."