0 SHARE ON
Live Nightly 1am - 5am EST / 10pm - 2am PST
Advertisement
Home > Ison Survives Changes Course
11/29/13-- Despite early reports which declared Comet ISON dead, following its close encounter with the sun, astronomers have now observed evidence that the much-discussed comet survived the event, albeit missing a considerable amount of its original mass. More on the story at Discovery News.

Meanwhile, C2C science advisor, Richard C. Hoagland, provided us with images that suggest Comet ISON not only survived the solar rendezvous, but also changed course due to some mysterious force. Richard writes ...

Here is our Enterprise Mission evidence that ISON not only "survived" its close approach to the Sun on Thursday afternoon ... it's also now "changed course!"

These diagrams illustrate ISON's position early this AM, at 06:30 UTC -- overlaid on an official NASA plot of ISON's pre-perihelion projected orbit.

They're obviously NOT the same ....

"Something" dramatic happened around perihelion ... to not only fundamentally change the geometric shape of ISON's "coma" [it's now definitely "triangular" ... ("tetrahedral?")], but its trajectory as well; ISON is now following a significantly different, slower solar orbit away from the Sun than NASA calculated previously -- as can easily be seen in these Enterprise Mission orbit plots of the official NASA data. 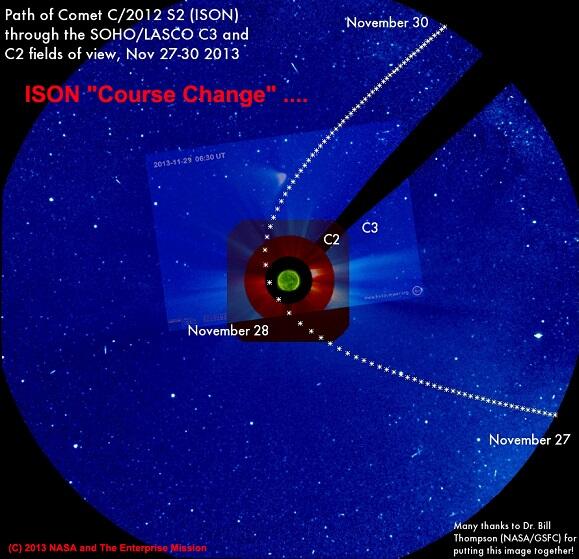 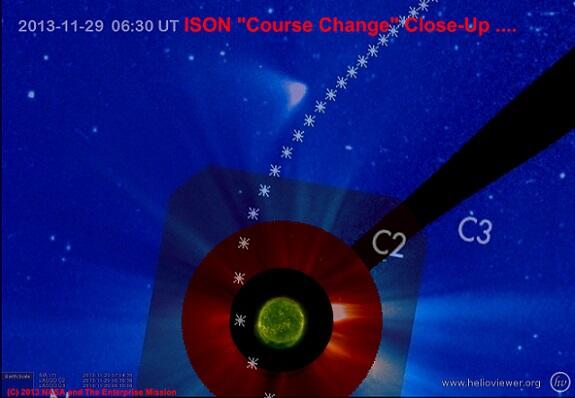 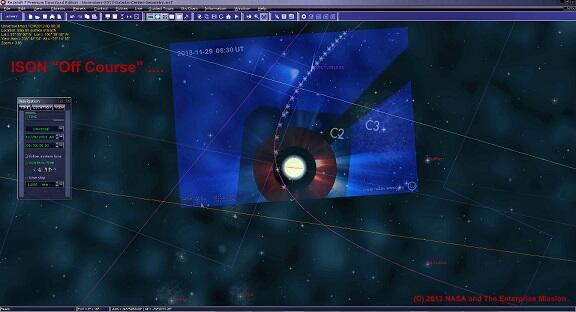