Home > New Horizons Images
In tandem with the 6-7-18 show, we share some images from the New Horizons (NASA's Mission to Pluto and the Kuiper Belt) website. 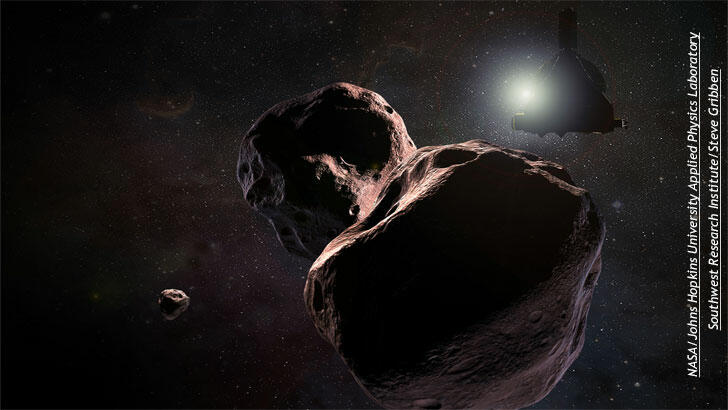 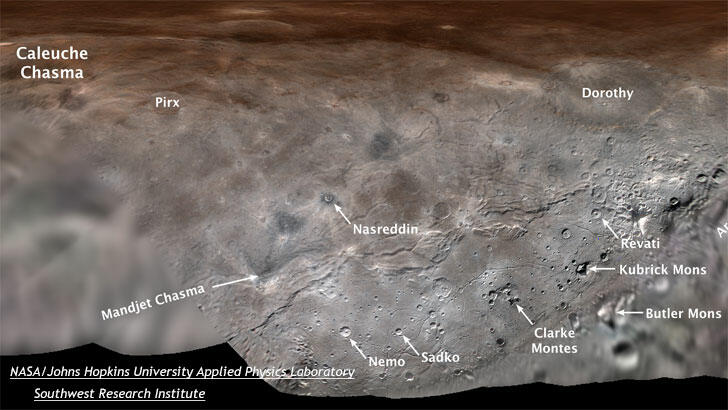 2) Charon's First Official Feature Names -- Release Date: April 11, 2018
Map projection of Charon, the largest of Pluto's five moons, annotated with its first set of official feature names. With a diameter of about 755 miles, the Texas-sized moon is one of largest known objects in the Kuiper Belt, the region of icy, rocky bodies beyond Neptune. 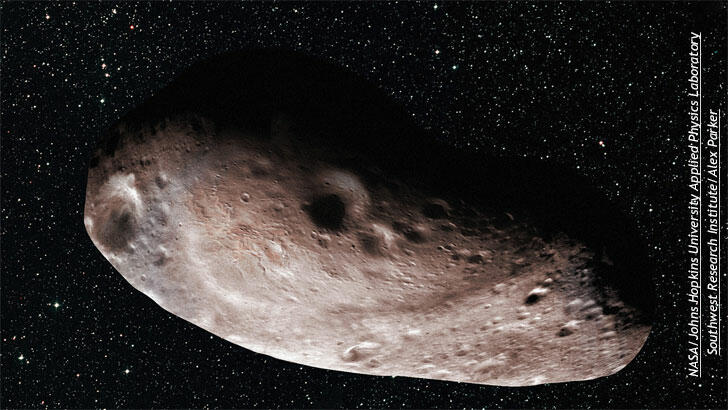 3) Artist’s Concept of 2014 MU69 as a Single Object -- Release Date: August 3, 2017
Artist’s concept of Kuiper Belt object 2014 MU69 (nicknamed Ultima Thule), which is the next flyby target for NASA’s New Horizons mission. Scientists speculate that the Kuiper Belt object could be a single body (above) with a large chunk taken out of it, or two bodies that are close together or even touching.