To accompany their presentation on the 8/13/19 program, Peter Eisenhardt and Michael Werner share images from their book "More Things in the Heavens: How Infrared Astronomy is Expanding Our View of the Universe," published by Princeton University Press, © 2019.

1) The Spitzer Space Telescope being prepared for thermal testing in 2003 at Lockheed Martin in Sunnyvale, California. Spitzer launched from Cape Canaveral, Florida, on August 25, 2003. 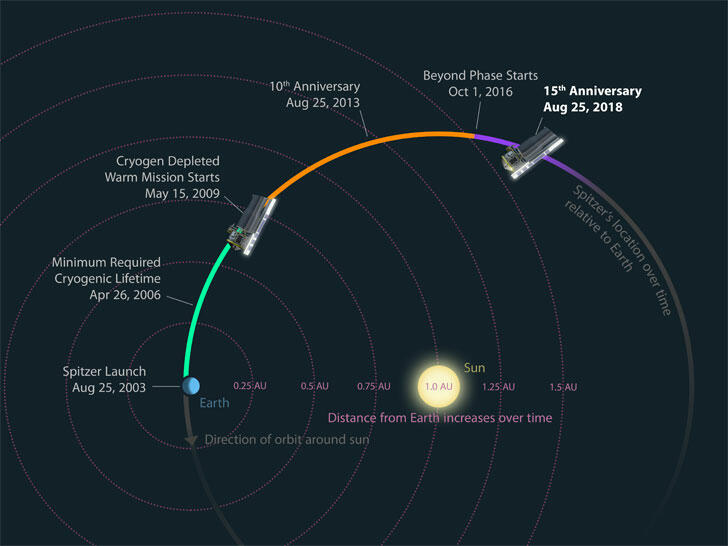 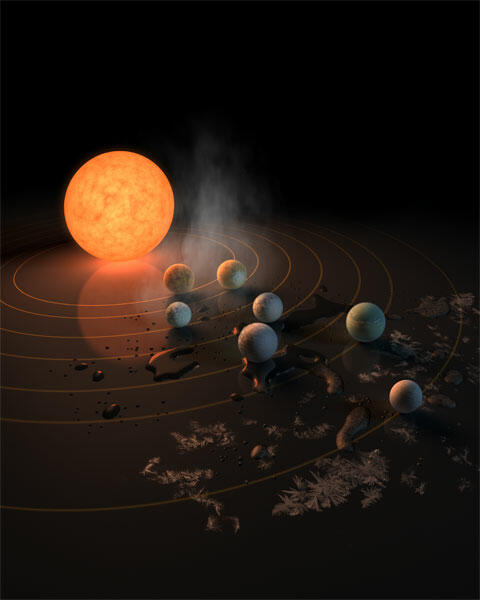 3) Seven Earth-sized planets identified by the Spitzer Space Telescope orbiting the small star TRAPPIST-1, 40 light-years distant. This artist’s conception shows the expected state of water on the planets’ surfaces. Those closest to the star show steam, as water would evaporate. The farthest show ice crystals as water would freeze. Those in the middle, where water would be liquid, are in the habitable or “Goldilocks” zone, where the conditions could be right for life, but it is believed that under special circumstances water might be liquid somewhere on the surface of each of the planets. (Courtesy NASA/JPL-Caltech/R. Hurt (IPAC).). 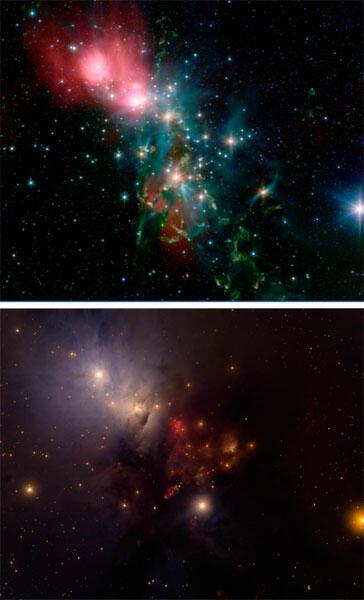 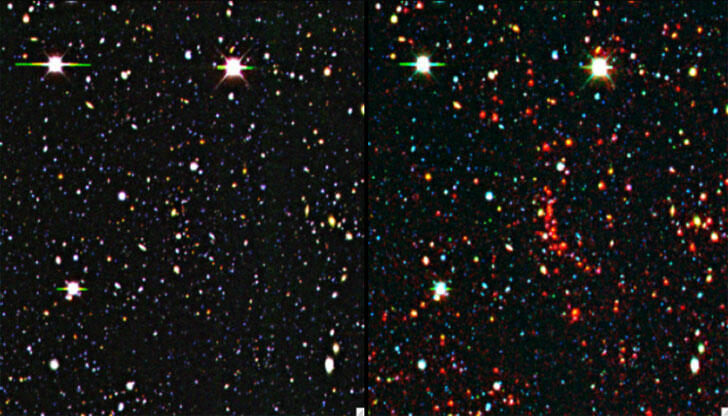 5) The image on the left is taken from a survey of a region of the sky carried out at visible wavelengths. The frame on the right adds a Spitzer infrared image (shown in red) to the montage, bringing into view a distant cluster of galaxies. (Courtesy M. Brodwin. © AAS. Reproduced with permission.) 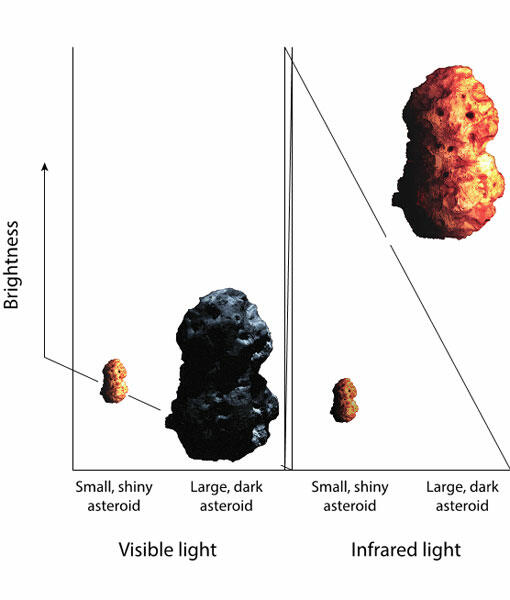 6) The infrared light from an asteroid at a given distance from the Sun depends primarily on its size, whereas the visible light also depends strongly on its reflectivity. Spitzer and other observatories use this fact to determine asteroid sizes by measurements of their infrared radiation. 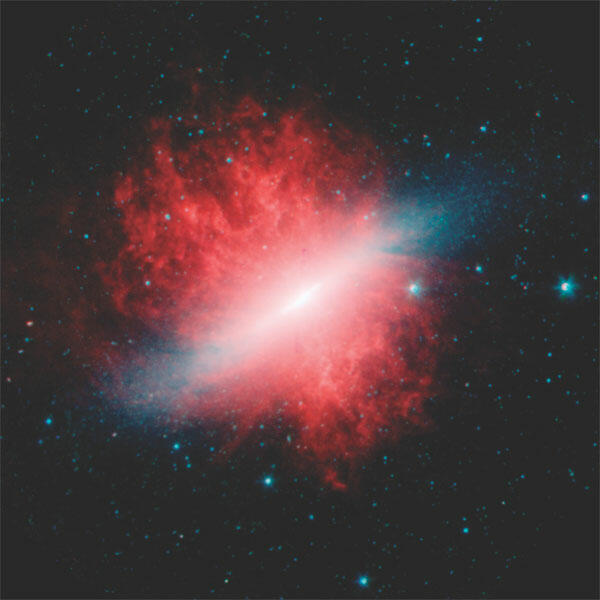 7) This Spitzer image of the starburst galaxy M82 shows dust particles (red) being blown out into space by the galaxy’s hot stars (blue). (Courtesy K. Gordon. © AAS. Reproduced with permission.) 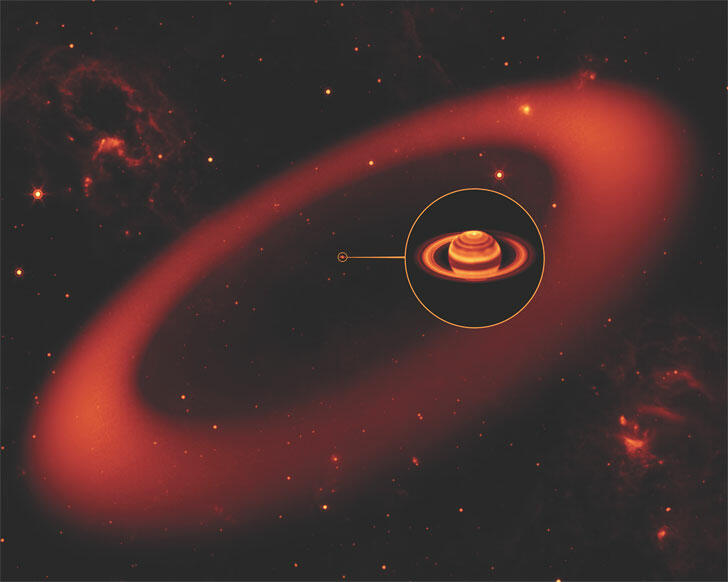 8) A previously unknown ring of Saturn discovered with Spitzer. As seen from Earth, the ring would appear about twice as big on the sky as the full Moon, even though it is thousands of times farther away. The newly discovered giant ring is shown here on a scale that shrinks Saturn and its previously known rings (shown enlarged in the circular inset) to a point. (Courtesy A. Verbiscer.)