Back from his vacation, Art Bell returned to the airwaves with Brendan Cook and Barbara McBeath of the Ghost Investigators Society. The two shared a batch of new recordings of alleged spirit communications, known as Electronic Voice Phenomena (EVP). Cook said they now use condenser microphones to make their recordings because they produce EVPs of remarkable clarity. He pointed out that since these mics dramatically improve their recordings, it may suggest that EVPs are not directly imprinted onto the recording medium, but are instead actual audible sounds.

Included in the selection of EVPs Cook and McBeath brought along were three recorded at a mausoleum, including a puzzling one of a voice saying, "I'm getting big." They also presented two EVPs from a private residence where the voice of an older man can be heard asking, "Did you want to talk to me?" In the latter half of the show, the two introduced several EVPs from an old 1920s stock exchange building that had also served as a mental health facility in years past. In one EVP recorded at that location the voice of a child can be heard clearly stating, "Push it with that one." 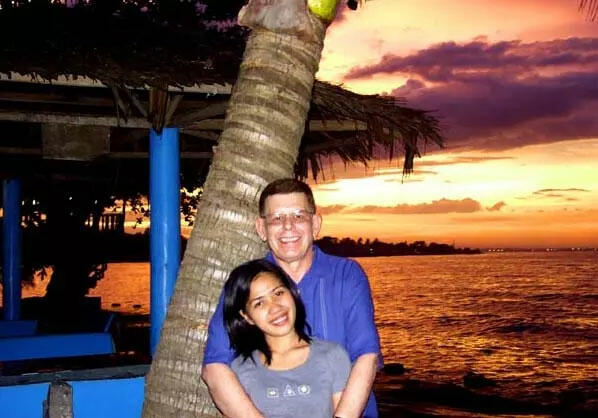 During the first hour, Art Bell shared the story of how he met, fell in love with, and married a very special Filipina woman, Airyn Ruiz. Art also announced that he will be moving to the Philippines on April 29th to be with Airyn, but will continue doing weekend Coast to Coast AM programs from that location. The photo (pictured) shows Art with new wife, Airyn Ruiz Bell.