Financial journalist Lawrence Light is an editor and writer for CBS Moneywatch. In the first half, he discussed why he believes the economy is on the brink of a severe downturn and possible depression. In his novel, Crash, co-written with David Hagberg, they depict a debt-ladled world in which China and the US get into a conflict, as international business tycoons decide to meltdown the financial system. In some ways, their novel mirrors our current scenario, with the economy taking a major hit during the pandemic. While the US government and Federal Reserve have tried to keep the economy afloat through enormous spending, their efforts can't last, he warned. Some businesses won't come back, which will compound the unemployment problem, and possibly lead us into a second Great Depression, as many formerly middle-class workers hit the skids.

If massive unemployment remains in the US, the supply chain might be disrupted or frozen, he envisioned, and this worst-case scenario could lead to an upsurge in violence, riots, and chaos. Short-sighted, greedy corporations are partially to blame for the current situation, he cited, as they have focused on profits for their stockholders and top executives, as well as politicians who have fomented divisiveness rather than working together to solve or plan for crises. Light recalled the 2008 collapse with the subprime mortgages and suggested that about every decade or so there is a financial reckoning, often related to an overload of debt.

Aaron Sagers is an author and lecturer in the field of paranormal-themed entertainment. In the latter half, he talked about the paranormal in the time of the coronavirus and how interest in the unexplained is gaining in popularity. 'Paranormal pop culture,' he noted, refers to how entertainment and belief influence and cross-pollinate each other, with such things as UFO stories and ghost sightings. "When a movie or piece of entertainment comes out that has certain imagery or concepts," he explained, "it will then be reflected in what contactees and eyewitnesses report, and vice versa-- with those reports influencing entertainment."

Sagers reviewed different modes of paranormal-themed content such as cable TV's unscripted shows, which sometimes favor amped-up drama over humdrum reality. Newer outlets like YouTube and podcasts have made headway in bringing in fresh and diverse viewpoints to the paranormal scene, he reported. During the quarantine, Sagers teamed up with Britt Emme to create and host the NightMerica podcast, looking at ghost, aliens, monsters or monstrous humans in our neighborhoods. And his TV show, Paranormal Caught on Camera, has remained active during the pandemic filming remotely, and soliciting anomalous video footage from viewers. As we face global stress and uncertainty, we are entering a new era of spiritualism that includes looking at both ghosts and aliens, he remarked, as people seek out more meaning in their lives. 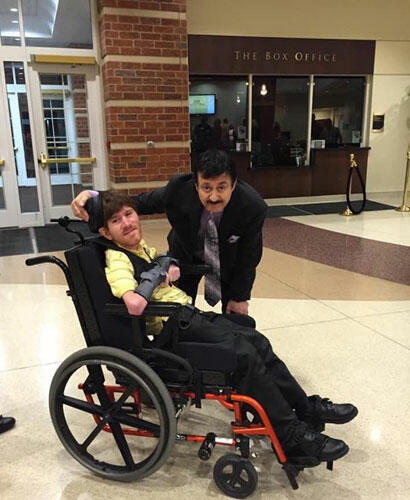