Timothy Green Beckley, known as the "Hunter S. Thompson of ufology," and historian Harry Drew talked with George Knapp in the first half about the crash of a UFO said to have occurred in Kingman, Arizona in 1953 (video trailer). In the period before the alleged crash, heavy UFO activity in the area had been reported by eyewitnesses, including sightings of a group of eight spacecraft hovering in formation above the town. Drew (who appeared only in the first hour) believes his evidence is more complete than that gathered by other investigators, because he was able to gain the trust of local residents, who gave them their accounts of the incident and pointed him to additional sources. One such source, he claimed, led him to what he believes to be the crash site outside of Kingman. Drew and Beckley disagree with the belief of some investigators that the incident was caused by atomic weapons testing in the area, because the crash took place before the testing commenced. Instead, Beckley speculated, the ETs may have been provoked by the high-powered radar used by the US military.

Beckley then detailed the newly-published book including his and Drew's writing, Alien Lives Matter: It's OK to Be Grey. The first part of the book focuses on violence committed against aliens by humans, he noted. Beckley claimed aliens have been subjected to various abuses throughout history, and documented as early as ancient Rome. At times, people have intentionally attacked ETs, as in 1408 in France, when spectators lobbed cannonballs at aliens whose spacecraft had crashed near the seashore, he said. In other accounts, Beckley related, human-caused injury to alien life has been accidental, including many cases of ETs being struck by our automobiles. The book's second part is an attempt to remedy the exclusion of African-Americans in historical accounts of UFO activity, as well as in UFO fandom and research. Beckley cited such figures in Black history as Muhammad Ali, Sammy Davis, Jr., and Major Robert Friend as among those playing important roles in the progress and popularity of ET research.

In the latter half, zoologist and author Arik Kershenbaum discussed his theories on the biological relationship between life on Earth and elsewhere in the universe. He's excited about the increasingly rapid pace of technology, he said, because it means we'll continue to learn more and more about other planets—and especially the possibility of intelligent life there. Kershenbaum argued, however, that often times depictions of alien life in popular culture aren't based in science, but are instead projections of our fears on the one hand, or our idealized selves on the other. This error in our thinking, he explained, can keep us from truly appreciating how and why species on other planets could be similar (or different) from Earth's.

For Kershenbaum, there are several insights we can gain from a biology-based approach to understanding alien life. Because of the natural laws of evolution that apply across the galaxy, for example, there are good reasons to believe that, as they are on Earth, creatures on other planets may tend to be symmetrical in shape, have limbs or wings to help them move efficiently, become more complex and intelligent over generations, and benefit from communication within their species. But not all the news is good, Kershenbaum warned: interplanetary species, like those on our planet, may also be prone to use their intelligence in destructive ways, resulting in conflict, damage to their environment, or even their own extinction. 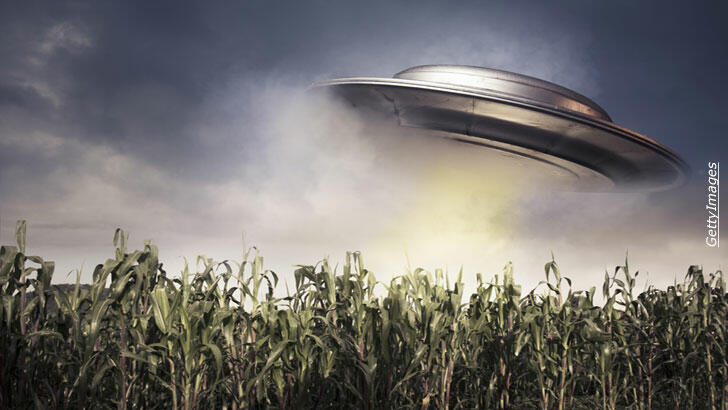 George Knapp shares items of recent interest, including an article about a comment by a former US Intelligence Chief on the American government's knowledge of UFO sightings: