UFO researcher and filmmaker Robert Hastings has researched declassified US government documents confirming UFO incursions at nuclear weapons sites, said to occur as early as 1945. He shared his reactions to the recently-released UAP Task Force report. While it failed to acknowledge the many nuclear cases, he believes it is moving disclosure forward as part of an incremental process. He pointed out that in the 2004 'Tic Tac' UFO incident involving the USS Nimitz, the aircraft carrier may well have had nuclear weapons on board, as many of these types of ships do as a precaution. Hastings, who started interviewing military veterans in 1973, said that his father worked at Malmstrom AFB in the 1960s, and that's when he first heard about UFO interference at military bases.

"I think it's legitimate to say that there are obvious national security-related issues," he said, related to "our missiles being shut down or even activated" by unexplained UFO activity. While most of the cases he's documented involved the disabling of nuclear weapons, there were incidents in which the reverse reportedly occurred. George Knapp investigated a 1980s case from Russia when UFOs appeared over a base, and somehow nuclear codes were entered into the launch system, and the Russians weren't the ones doing it. Hastings noted that similar incidents had taken place in the US. A former Minuteman launch officer named David Schuur told him that such interference happened at Minot AFB in the 1960s, when after an aerial object was sighted, launch-in-progress indicators suddenly switched on for the missiles.

In the second half, researcher Paul Sinclair reported on bizarre incidents and anomalies near his home on the east coast of Yorkshire, which has been called the UK's version of Skinwalker Ranch. He began documenting "intelligent life forms" (ILFs) in 2002, which farmers and others witnessed in remote areas as well as over the sea (related videos). In these same or adjacent areas, animal mutilations of sheep were discovered, in which organs were removed with precise bloodless cuts, he revealed. Sinclair has also investigated sightings of big black cats (not native to the UK), which were especially prevalent in Flixton, North Yorkshire. He said reports of the cats and other cryptids in the area detail strange "self-illuminating" eyes.

Tales of "huge phantom black dogs" with glowing red eyes go back hundreds of years in the vicinity, he added. Odd unexplained sounds have been heard coming out of the woods, he continued, including unnerving "metallic, almost robotic voices." One witness told him of being in the area where the animal mutilations had taken place one night. He heard a disconcerting high-pitched sound that stopped when he stepped back and then resumed when he moved forward. Additionally, a noise or rumbling like heavy machinery has been reported on occasion (similar to sounds heard at Skinwalker Ranch). Sinclair also described inexplicable lights in a field with a huge orange halo around them. 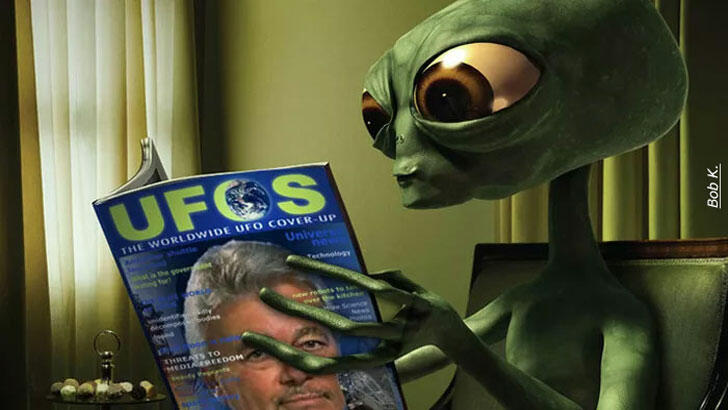