In the first half, author and teacher Blake Bauer joined George Noory to discuss using the power of the mind to overcome depression and mental suffering, and learn to have a healthier relationship with your self. Many factors influence our mental and emotional health, he noted, but a lot of us are stuck with negative thinking patterns that can perpetuate a depressive state. The pandemic has proved to be a double-edged sword, he observed, as it presented the opportunity for people to take stock of their lives and reevaluate their choices, yet the isolation, illness, and loss left damage. Many have become separated from their genuine feelings and desires, and have a lack of self-value, he continued. Bauer pointed out that we are not our thoughts or the voices in our head, and this realization allows us to connect to a larger source consciousness residing within us.

By meditating for just ten minutes a day, one can get in touch with that consciousness, he suggested. He recommended doing this practice in the morning when you first wake up before your thoughts start to run about the day you're facing. Bauer offered five practical tips for transforming one's life:

Practicing a kind of "healthy selfishness" can benefit everyone around us, he added, like an apple tree that takes what it needs but then bears fruit, shade, and oxygen.

Architectural historian and author Rosemary Thornton enjoyed a successful career and marriage until the death of her husband from suicide, and a subsequent bout with cancer. During a routine biopsy procedure, she suffered from massive bleeding, and her heart stopped for ten minutes, which led to a near-death experience (NDE). In the latter half, she described her dramatic experience of the Other Side and the profound effects on her. She has detailed recall of the lengthy events that took place, which began with her floating away from her body as she became aware of a massive spiritual being. She asked the being who they were, and she received this reply: "You (Rosemary) are the image and likeness, and I am the original." This answer emulated one of her favorite passages from Genesis.

While on the Other Side, she approached a door and innately understood that she'd no longer be able to come back here if she went through it. At the time, she had stage 2 cancer to the point that it was visible upon physical exam, but during the NDE, she was told that if she went back to the earthly realm, "she would be restored to wholeness." Upon her return, not only was her cancer healed, but she had an "emotional and mental reset" in which she was able to let go of the pain and anger surrounding her husband's suicide. Her oncologist was skeptical that her cancer was gone, but eventually, she underwent further biopsies, and not a single cell of cancer was found. "Dying," Thornton remarked, was like my "heavenly parents had shaken me awake from a terrible dream." 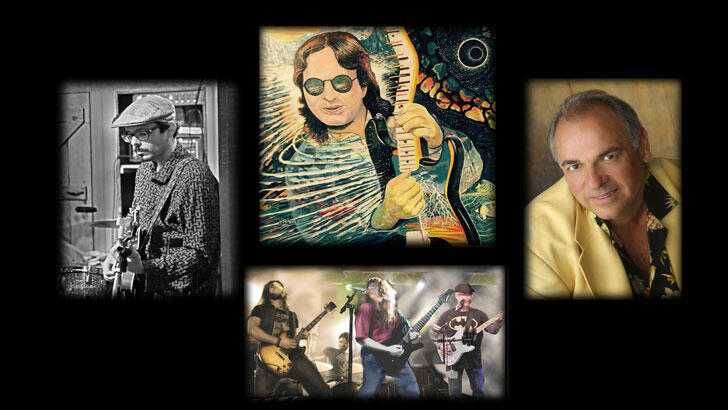 The first Sunday of every month, George Noory presents emerging artists for some of the Bumper Music selections. Tonight, we'll hear from Ray Gilman, Jo-Lynn, Anthony Lachus, Craig Cervantes, Robert Cushman, Ron Fleschute, and Tears No More. For more info on how to submit your original music, visit this page.