James P. Gray has been a trial judge in Orange County, California, since 1983 and was the 2012 Libertarian candidate for Vice President. In the first half, he discussed how, based on a previous Coast to Coast AM appearance, he has found out inside information about the abysmal conditions in US prisons. A number of incarcerated people wrote to him after his 7/4/19 interview, and he struck up correspondences with them to learn more about their lives in jail. "We have an obligation to treat people in our custody with a minimum at least of security, nutrition, and medical care," and that is not happening in many cases, he commented. With just 5% of the global population, the US has 25% of the world's prisoners.

He recommended that we eliminate mandatory minimum jail sentences, as in some cases, people are sentenced to much more time than is warranted. Job training and programs like Open Gate International are great ways to help people reintegrate into society and reduce recidivism, he pointed out. Gray is also an advocate of school choice as so many public schools are failing our children, particularly in economically disadvantaged areas. The voucher or charter system allows parents to decide where their government money will be spent in respect to the education of their children, and encourages competition and better school standards, he explained. Gray also touched on the War on Drugs, and how prohibitive laws are ineffective. Rather than making drugs illegal, he believes they should be strictly regulated and controlled.

In the latter half, paranormal investigator and author Scotty Roberts shared ghost accounts, and his personal paranormal experiences. On a trip to Saqqara, Egypt, at the Stepped Pyramid of Djoser, he had a vision of what he believes may have been a jinn or the spirit of an ancient Egyptian man. He captured a photo of the figure (pictured below), which he estimates to be about 8-9ft. off the ground. Roberts also described his new book, "The Sword in the Clay," which deals with a ghostly true account of Corp. William Richard Bird who found a corroded old sword during WWI, and determined that it was a relic that dated back 2000 years to the time of Julius Caesar's Gallic Wars.

He also spoke about a kind of 'sonic boom' phenomenon during a paranormal investigation in the basement of a haunted house in Minneapolis. The whole house shook, and audio recordings of the event captured an EVP of someone making a huffing sound, followed by a clear voice saying "Welcome" (which was only heard on the recording but not as the incident unfolded). Roberts also commented on the so-called Reptilian presence, which he finds hard to pin down. Are they physical or spiritual, alien or interdimensional? He noted that evidence for Reptilians is mainly anecdotal and that some of the lore seems to originate in the fictional tale of "Conan the Barbarian." 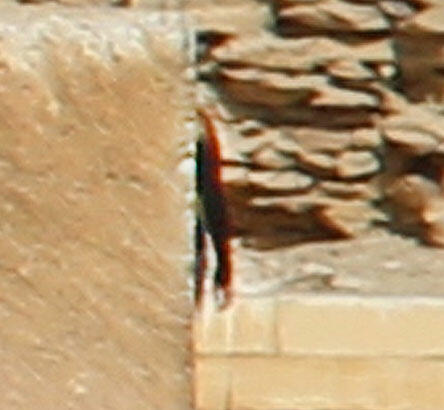