Nelson Thall is a media scientist, protege, and archivist for the late Marshall McLuhan, a Canadian philosopher whose work is among the cornerstones of the study of media theory. Thall joined guest host Richard Syrett (Twitter) to discuss McLuhan’s theories on mass media and communications (Related Material). Thall described McLuhan as a profound thinker who studied the environment around him, and could read at high speeds with great retention. "[McLuhan] basically had read everything written of importance that had been published in the English language," Thall said.

McLuhan is perhaps best known for a phrase he coined, "the medium is the message," which speaks to how the vehicle of the message is even more powerful than the content of the message itself. Nothing ever written with the printed word is more important than understanding the effect the printed word has had on the masses and on the individual, Thall explained. Technological advances in medium have far-reaching consequences, producing changes in identity which ultimately lead to violence, he added. Thall also commented on the discarnate effect of electronic media. "We're trying to push ourselves to live at speeds beyond which we were designed to live at," he warned.

Kris Newby was bitten by an unseen tick while on vacation on Martha's Vineyard. That one bite changed her life forever, pulling her into the abyss of a devastating illness that took ten doctors to diagnose and years to recover: Newby had become one of the 300,000 Americans who are afflicted with Lyme disease each year. She devled into the disease and why it's so misunderstood, as well as Willy Burgdorfer, the Lyme microbe’s discoverer, who concluded the Lyme epidemic was started by a military experiment gone wrong (Related Images).

Lyme bacteria enters the body when an infected tick regurgitates it into the host body from which it is taking its blood meal. The micron-sized bacteria travel through the bloodstream to immune-protected zones in the body where they wreak havoc, Newby explained. The disease can disrupt the neurological system, causing muscle twitches and radiated pain, as well as chronic fatigue and diminished cognitive functions, she added. During her research into Lyme disease, Newby uncovered the military's effort to weaponize ticks in the 1950s. The ticks were force fed various disease agents and the bloated ticks were put on animals to see if the disease was transmittable, she revealed. The plan was to drop the infected ticks from an airplane into enemy territory but it was not as practical as simply using aerosolized bioweapons, she added. 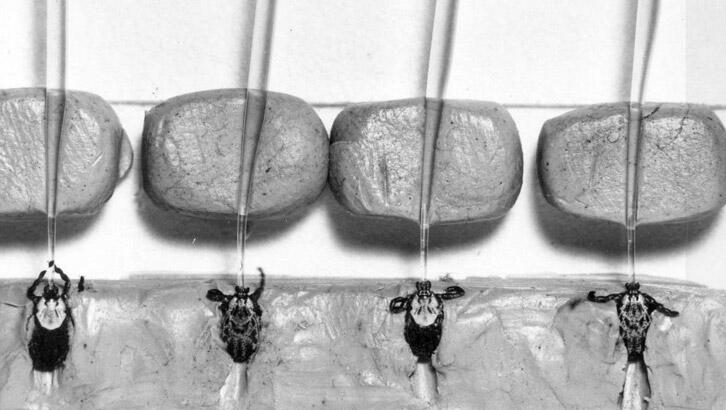 Kris Newby has provided photos for her discussion on Lyme disease and biological weapons. View here.