Author Wallace Wagner worked in management for Fortune 500 companies while studying the Bible on the side for over 40 years. In the first half, he discussed his work connecting aspects of the paranormal and UFOs with material in the Bible. He related his own dramatic daytime UFO sighting from 2016 in Bedford County, VA, in which he saw a gleaming white craft about 55 ft. x 30 ft. directly overhead. The shape resembled a 'Tic Tac,' similar to the Pentagon report, and was stationary in the sky for a few seconds, he recalled. There have been numerous biblical accounts that resemble UFO sightings, he continued. Elisha's servant saw horses and chariots of fire in the sky after Elisha prayed for them to be visible, which Wagner related to cloaking technology.

In "The Song of Deborah," stars are said to fight in heaven, and people from the city of Meroz fly up to assist. According to Wagner's interpretation, the Lord of the Bible is not entirely omniscient but flies in a craft (which appears as a star at night), and Meroz is a separate planet. Zechariah saw a flying scroll, which Wagner related to cigar-shaped UFO sightings. He also talked about the idea that "Elohim" refers to gods rather than a singular being, and such topics as the Great Pyramid of Giza, the Nephilim, prophecy, and Antarctica. For more, view related images he sent us.

Author and researcher G.L. Davies investigates the paranormal and the unexplained. In the latter half, he presented details of a woman named "Susan," who reported having repeated alien abductions in Pembrokeshire, West Wales, around 2009. Her accounts tie in with a prolonged UFO flap in that same area in the late 1970s to the early 1980s. During that time, he said sixteen children saw a silver domed object outside their school, and there were many incidents of high strangeness, such as a herd of cattle transported five miles away in a matter of seconds, and a disembodied hand floating around a house. Susan's terrifying encounters, many of which she consciously recalled, included being taken to a cavernous space, where she saw numerous women undergoing different medical and invasive procedures.

She claimed to see a holding area with a large group of pregnant women of different nationalities, and as a child was born, a red ball of light would remove the baby. Susan described one of the alien beings as a large, bulbous "bioluminescent" creature with impossibly thin legs and a jellyfish-like quality that would fall on top of the women just after childbirth. Davies detailed how Susan was shown an apocalyptic vision by the aliens (as many other abductees have reported). Her gruesome vision of a body of water on fire and people being burned alive seemed to occur in the estuary in Pembrokeshire, where various refineries are located but might have also represented a global catastrophe, Davies suggested. 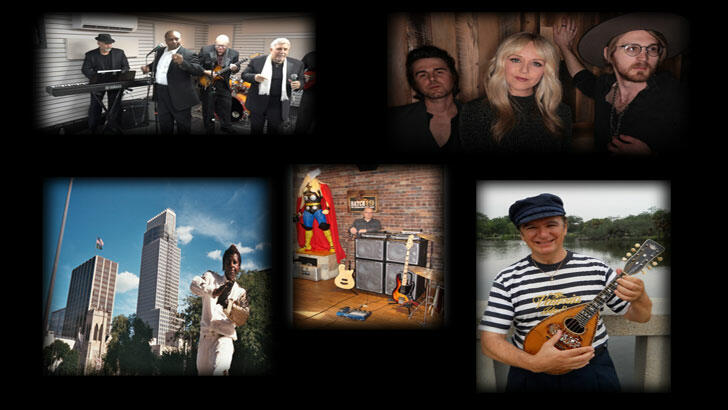 The first Sunday of every month, George Noory features emerging artists for some of the Bumper Music selections. Tonight, we'll hear from Brian Gusner, Eddie Davis, Beating Raoul, Towne, Eddie Russo, John Kam, and Superstar & Star. For more info on how to submit your original music, visit this page.