In the first half, Dr. Josh Bloom, who earned a Ph.D. in organic chemistry from the University of Virginia, offered commentary on the barrage of opioid crisis stories and how much of the news is slanted on the issue. Now, Josh's own 94-year-old mother is being denied pain medication she requires. The CDC's 2016 guidelines have become so restrictive that physicians fear dispensing the proper prescriptions even when their patients have legitimate pain issues, he lamented. Most of what are statistically referred to as opioid deaths, are not attributable to prescribed meds, but due to heroin or fentanyl overdoses, he cited.

Bloom traced the current crisis back to 2010 when drug manufacturers, trying to subvert misuse of OxyContin, changed the formulation so people couldn't crush up the pills to get high. After that, users turned to heroin, which brought up the death rate. Things got even worse, he continued, when Chinese labs started manufacturing illicit fentanyl, which hit the States in 2013-14. This synthetic opioid is considered to be 80-100 times stronger than morphine. Addiction problems for prescription pain meds are minimal, he reported, but the issue has become conflated with the more deadly street drugs. For more, view Bloom's set of articles that analyze the crisis.

Voices are calling us - voices without an attached form and encounters with these disembodied voices warn, haunt, confuse, inspire, and scare us. In the latter half, author Tim Marczenko shared true stories from his investigations, as well as occurrences throughout history that expose disembodied voices, shining light on possible reasons and agendas for these odd communications. His interest in this subject began as a 12-year-old, when out in the woods, he heard a voice calling him by name along with strange digital beeps. The voice seemed to mimic his father's, yet he could tell it was not him. "Come here, I found something," the voice beckoned, but Marczenko resisted going to it.

Through his research, he concluded that voices like this could be tied to cases where people vanish without a trace. Supernatural entities or "tricksters" inhabiting forested areas may seek to lull a person by calling out their name and are setting up a kind of trap, he posited. He detailed true crime cases such as Son of Sam (who claimed a dog instructed him to kill), and Herbert Mullin, who murdered 13 people in California because a voice told him blood sacrifices were needed to forestall a catastrophic earthquake. Marczenko also described cases where disembodied voices helped people or shared spiritual messages. In 1984, a woman referred to as "AB" in the medical literature, suddenly heard a voice that instructed her to get a brain scan and gave her directions to the hospital. It turned out she had a tumor that otherwise would never have been detected. 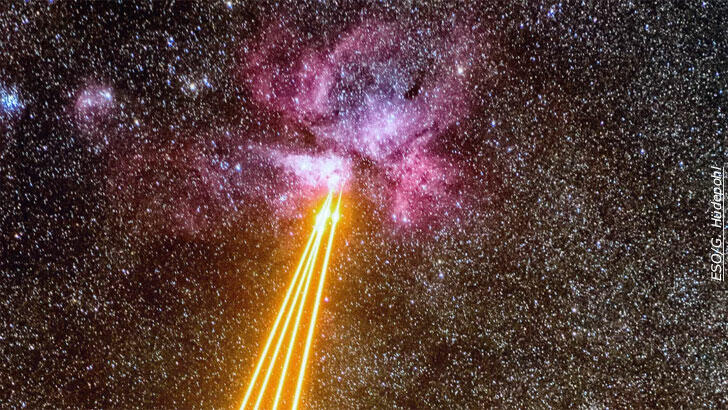 George Knapp shared recent items of interest, including an article about how scientists fired lasers at a nebula to learn more about it.