Nevada businessman Robert Bigelow, founder of Bigelow Aerospace, has had a lifelong interest in two questions-- are we alone in the universe, and does human consciousness survive physical death? In the first half, he joined George Knapp to discuss his quest to know the truth about life after death with a new venture: BICS, the Bigelow Institute for Consciousness Studies. Having lost a number of family members has motivated him to understand what happens after death, and whether communication with the deceased is possible. BICS plans to conduct and facilitate research on survival after death, and is sponsoring an essay contest (with a top prize of $500,000) to bring interest to the subject. The essays, which can be up to 25,000 words in length, should attempt to offer evidence, beyond a reasonable doubt, for the afterlife, he stated.

He noted that quoting religious scripture would not suffice, but rather the judges are more interested in an amalgamation of different sources, including witness testimony and personal experiences. The winning submissions will be published and shared with the public. In the 1990s, Bigelow created NIDS, the National Institute for Discovery Science, which investigated a property he purchased in Utah known as Skinwalker Ranch, the site of anomalies and high strangeness. Eventually, he decided to sell the ranch and cease his studies there, partially because of the "hitchhiker effect"-- i.e. people studying the unexplained activities reported having something harmful follow them home. Some of what DIA scientists saw at the ranch led to later UFO investigation programs like BAASS that were funded by the Pentagon, he added.

In the latter half, journalist David W. Brown recounted NASA's twenty-year odyssey to mount a mission to Europa, the ocean moon of Jupiter that might be home to alien life in its waters. Europa, which is about our moon's size, is squeezed by its proximity to Jupiter, causing its interior to warm. Water resulted from the warming, and there's actually three times more saltwater on Europa than on Earth, he marveled. Its oceans are covered with sixty mile-thick ice, but hydrothermal vents at the bottom could produce energy that helps trigger life forms, he suggested. Among the breakthrough discoveries of Europa are the enormous plumes or geysers being shot out into space, which may come from lakes within the ice. Such lakes might provide easier access to sample for life, he added.

NASA's Europa Clipper Spacecraft, which has to pass through Jupiter's hostile radiation belt, is expected to launch around 2025. It would map out territories on the moon, and this precise knowledge is needed to determine where subsequent lander missions should be positioned to begin cutting below the ice. NASA has struggled with financial backing over the years, but should life be discovered in Europa's waters, it would be a "galvanizing moment," Brown said, not only for the space program but for human history, and likely fuel a lot more funding for NASA. He also reported that a European mission to one of Jupiter's other moons, Ganymede, is expected to be happening concurrent with the Europa Clipper, and the two missions may be able to pool data and that will enhance the scientific findings. 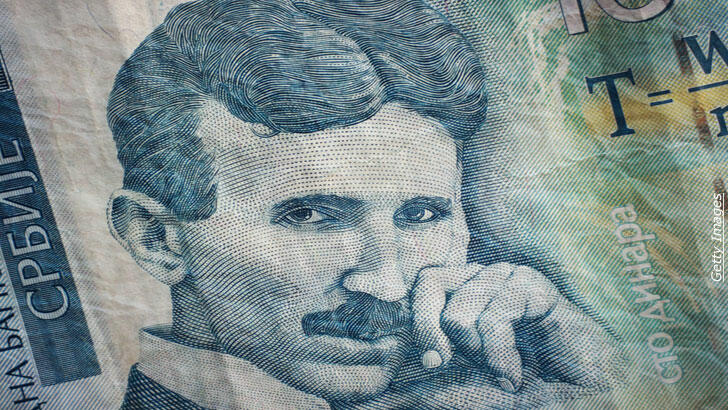 George Knapp shares recent items of interest including a piece that ponders whether Nikola Tesla had alien connections: