Financial advisor and author Benjamin Baruch shared his interpretation of Bible prophecy related to current events and the pandemic. He believes that the "Elites" or "Deep State" are executing a takedown of America in three phases that started back in March 2020, with the emergence of the coronavirus in the US (view recap from his show appearance at that time). He asserted that within 40 days of today, we'll witness phase two, marked by an economic collapse, which will be followed by phase three, World War III. The full collapse of the US economy (related to the massive deficit and debt) may take until the summer or fall of 2021, he outlined. Baruch said he derived this timeline from Jeremiah's prophecies, about how the land of the Chaldeans would be judged after 70 years and become a "perpetual desolation."

Baruch declared that our ecosystem is collapsing, and with a solar minimum that will bring colder temperatures, "we're going to have a 40% reduction in food, and there's going to be three billion people starving to death in the next 24-36 months." Starving people, he added, "don't go quietly into the night, and that's the reason why the Elites have planned WWIII in that window." As to the prophecy that the Antichrist will require people to have a mark on their body to buy or sell, Baruch suggested it will be an "infrared laser tattoo of three sets of six digits," rather than some type of microchip.

Jonathan M. Goldman has been teaching and practicing acupuncture, energy medicine, and spiritual healing for 40 years. In the latter half, he discussed his healing practice that interacts with physical and energy bodies and a person's aura. A lower vibrational rate causes ill health, he stated, and many things can bring this on, including alcohol consumption, and certain types of thoughts and behaviors. His treatments, he explained, involve raising a person's vibration so that they are available for healing forces that originate in a spiritual or astral dimension. Initially, he used acupuncture on clients to remove blockages but now works mainly with hands-on energy healing, as well as "hands-off" sessions done over the phone or on Zoom.

"The art of healing is identifying where those blockages are" and then applying methods that help the body do what it already knows how to do, he explained. An energy system underlies our physical body, with the center of it a kind of vibrating pole that runs in front of the spine, he continued. Goldman described some of the healing cases he's conducted, helping people rebound from debilitating conditions. He stressed the importance of compassion as part of the therapeutic process, and how this entails understanding that the healing ultimately comes from within the client themselves. 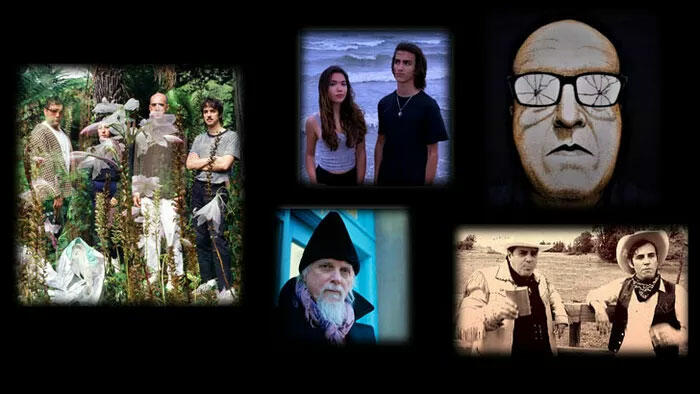