In the show’s First Half, New York Times cybersecurity writer Nicole Perlroth joined George Knapp to discuss the untold story of the terrifying and secretive world of cyberweapons. Operating either as individuals or at the direction of governments around the world, cybercriminals have already demonstrated their ability to hack into municipal water departments, medical facilities, and election systems. According to Perlroth, however, much of the public remains ignorant of the large-scale threat these examples pose. The United States is the most popular target of cybercrime, she said, and the problem’s getting worse. For her book This Is How They Tell Me the World Ends, Perlroth conducted over 300 interviews and documented major cyberattacks on companies including FedEx, Pfizer, Merck, and Cadbury. Even the United States National Security Agency (NSA) was hacked by a group called the Shadow Brokers known to work for the North Korean and Russian governments. Perlroth also accused Russia of using countries like Ukraine as "test kitchens," subjecting them to attacks as a kind of practice for attacking more powerful countries.

It’s extremely difficult to stop cybercrime, Perlroth explained, for a number of reasons. Zero Day hacks, which exploit security holes in programming code, are common and cause significant disruption for their targets. Governments may shield hackers acting on their behalf from investigation or prosecution. Despite its condemnation of the actions of various cybercriminals, Perlroth also noted that the United States government engages at times in many of those same actions itself. For Perlroth, the worst case scenario is a coordinated cyberattack on the United States’ infrastructure, where several targets are hit at the same time. Her in-depth knowledge of what could go wrong, in fact, has led her to spend time "off the grid" with her family out of concern for their safety.

Author, musician, and UFO researcher Adrian Rudnyk attributes his interest in the nature of alien life to multiple experiences in which he claims he was abducted by ETs while sleeping. In the latter half of the show, he addressed some of the philosophical questions human interaction with aliens may raise, and what their “overarching behavioral aspects” may be. Rudnyk talked about the methods he used in his latest research into what visiting aliens might be like. One of his goals, he said, was to attract people who don’t believe in aliens to his ideas, so he began his work by discarding his own preconceived notions about ETs, and instead engaged in a “thought experiment” that raised a number of basic questions, including: is it reasonable to believe visiting aliens would be more intelligent and technologically advanced than humans? Would they be more self-interested, or more likely to want to communicate with us and get along?

As an accomplished performer and teacher of music, Rudnyk speculated that music, at least as it’s created and understood by humans, is a very complex and sophisticated expression of intelligence. Would it make sense, then, that alien visitors would appreciate music in the way that we do—and even produce their own? Although it’s tempting to believe so, Rudnyk pointed out that music may mean something completely different to ETs than it does to us. Answers to all of these questions, he suggested, must be sought out in the most objective and unbiased ways possible. 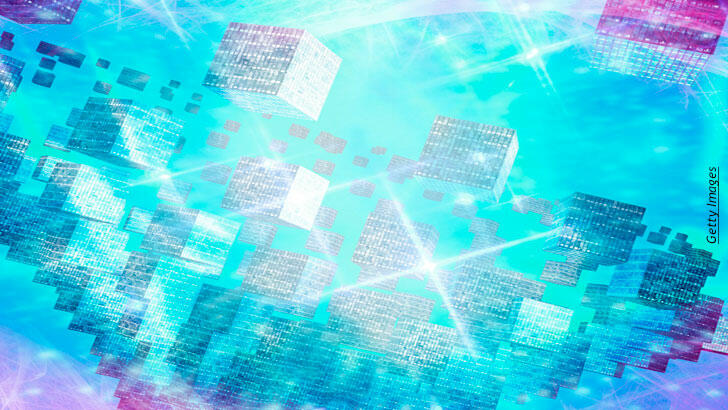 George Knapp shares a number of recent news items of interest, including an article about an artist's experimentation with AI: