In the show's first half, Debra Lynne Katz, director of the International School of Clairvoyance, talked about her research related to remote viewing. Katz said her own experience as a psychic began as a baby, but that it was not until she was an adult that she learned how to use her ability to access information at will about anything in the world. More recently, she's focused her attention on remote viewing, doing research on the subject for the last decade. Katz cited pioneering remote viewer Ingo Swann as a major influence on her own work.

She was joined by her co-author, longtime remote viewer Jon Knowles, who shared his background and area of focus. He stressed the importance of training in remote viewing ability. Although some training offered is as short as a few weekends, Knowles explained, it's much more effective to train for a longer, more sustained period. He revealed, for example, that he is currently interested in training to improve his ability to view numbers remotely, which he noted is particularly difficult.

The guests agreed that one common misunderstanding about remote viewers is that they need to demonstrate a particularly high rate of accuracy to be considered legitimate. Many factors go into whether a viewing will be clear in its results, Knowles asserted, including the nature of the prediction itself. Katz added that in some cases, the person making the request of the viewer has a hidden agenda or is trying to deceive them, which can interfere with an accurate reading.

In the latter half, religious demonologist and author Nathaniel Gillis discussed his understanding of the phenomenon of demons inhabiting the Earth. After multiple personal experiences with demons and extensive research, he related, Gillis realized that these entities were dissimilar to those depicted in the Bible. For this reason, he continued, looking to conventional religions for answers about demons is not likely to be fruitful.

Gillis also recounted his most alarming encounter: his visit to the home of a teenager who had attempted to murder her family, apparently in the grip of a demon possession. The incident led Gillis to the conclusion that, contrary to the belief of many, demons are not fallen angels, but are the spirits of deceased humans. Furthermore, he explained, demons are not foot soldiers of Satan at all, but autonomous spirits that operate on a level far beyond human intelligence or understanding. 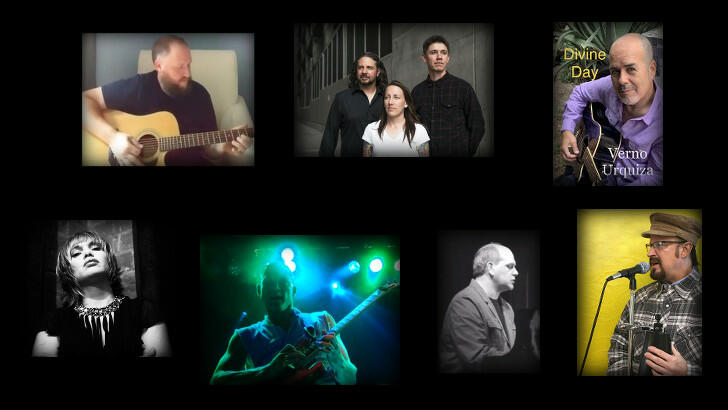 The first Sunday of every month, George Noory presents emerging artists for some of the Bumper Music selections. On the show tonight, we'll hear from The Ordinary Things, Bellavolent, Ross Davis, Verno Urquiza, Willy Dunn, Roddo Fab Industries, and Tim Stark. For more info on how to submit your original music, visit this page.