In the first half, documentary filmmaker Seth Breedlove joined George Knapp to discuss his work, much of which deals with the unusual and the extraterrestrial in Appalachia. Breedlove revealed that his process as a filmmaker is considerably influenced by his previous work as a journalist. While shooting in West Virginia for his latest project On the Trail of UFOs: Dark Sky, for example, he and researcher Shannon Legro relied heavily on the connections they were able to make with local people for interviews and access. This was true for his past projects set in Appalachia as well, including those about the Mothman, the Flatwoods Monster, and the mysterious "man in black"-type figure known as Indrid Cold, he noted. Breedlove pointed out that in Appalachia, reports of UFO activity appear to be concentrated in energy-rich locations like chemical plants, power lines, and even religious sites.

Callers in the second hour included a woman in Missouri who wondered whether the phenomena reported in Appalachia could be a hoax perpetrated by the government. While Breedlove couldn't confirm this possibility, he told the caller that her suspicion was shared by several people in the area. A listener in Los Angeles drew a parallel between accounts of the Flatwoods Monster and Killers from Space, a movie that was made a few years afterward. And a 1973 West Virginia UFO sighting Breedlove wasn't familiar with was described by a caller who claimed to have witnessed it firsthand.

In the latter half, researcher Eric Wargo talked about the concept of precognition—the ability to foresee events—while dreaming. Since our dreams are often fragmented, bizarre, or symbolic, he explained, it's not always apparent that they mean anything special. But much can be learned about the future, Wargo continued, by examining and interpreting them. It's his belief, in fact, that we constantly engage in dream precognition in our sleep, and we can tap into this power by regularly writing down our dreams, free associating, and reviewing our journals over time.

Precognition is unfairly dismissed by skeptics, Wargo argued, because the methodology used by mainstream science is outdated and inadequate in several key ways. But as discoveries in fields like quantum physics continue to force the science community to reconsider fundamental concepts like cause and effect and linear time, it's increasingly likely that precognition will be accepted as valid, he asserted.

Listeners called during the final hour to share their own stories of dream precognition. A listener in Montana reported foreseeing the explosion of the space shuttle Challenger through a dream. Another national tragedy—the terrorist attacks of 9/11—came to a California caller metaphorically, as an avalanche he said he dreamed about beforehand. On a more personal scale, a South Carolina listener related a series of dreams he'd had since he was a child, all featuring the same dog. Decades later, he went on, he had the sudden realization that the dog he had recently adopted was the same one he had dreamed about. 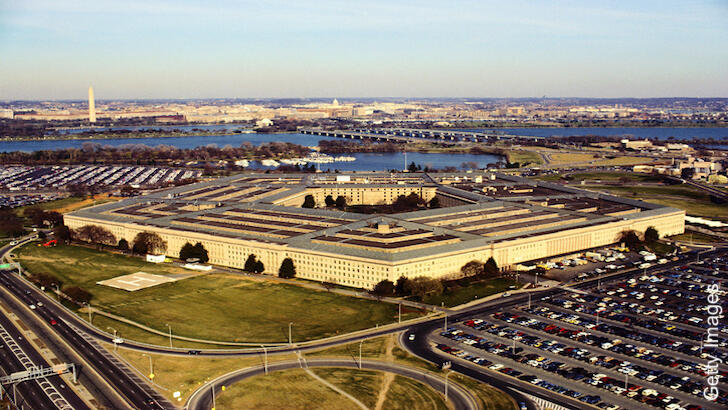 George Knapp shares recent items of interest, including an article on the Pentagon's plan to unveil a secret space weapon.