In the first half, writer and producer Paul McGuire talked about his pathway through various countercultural frameworks in New York City and the Laurel Canyon area of LA, and how sci-fi authors like Robert Heinlein, Aldous Huxley, and George Orwell influenced his thinking. Post WWII, some of these out-of-the-box sci-fi writers like Isaac Asimov, L. Ron Hubbard, and Heinlein were allegedly working for a naval intelligence think tank, McGuire detailed, in order to come up with hypothetical solutions for keeping the Germans permanently defeated, and dealing with the Russian threat, and the so-called Vril force. He explained that the Vril force was a German occult theory that some connected to the Nazis and the idea of a master race living under Antarctica.

After the Northridge earthquake in 1994, McGuire said he became especially focused on biblical prophecy, and the concept that humanity can be participants in our reality rather than just passive observers. Regarding the prophecy of the Mark of the Beast, the prerequisite will be people making a decision to renounce Jesus, and pledging to worship the Antichrist, he said. After that takes place, the mark could take the form of any number of new technologies that replace the cash system. "Globalism is one of the biggest signs that we are in apocalyptic times," he continued, and "I'm convinced after 40 years of research that we are in that time period that the Bible calls the last days."

Guest in the latter half, engineer and author Wilbur Allen has been a contactee since childhood when he says alien beings implanted him. Since then, he has forensically documented numerous UFO sightings, most recently with night vision technology. He believes the implant has enabled his ability to see and photograph such objects. The small object placed behind his right ear caused him to vomit on a nightly basis for seven years, as his body initially sought to reject the foreign body, he revealed. Allen said he has developed a unique night vision camera set-up involving high-sensitivity infrared and an inverted telescope, which allows him to capture aerial objects and anomalies that would otherwise be invisible.

He referred to some of these objects as "self-generating spatial portals," some of which resemble the so-called Tic Tac craft. They all seem to take on unique shapes, somewhat reminiscent of microbial life, he added. A massively-sized red tubular spacecraft he's repeatedly seen makes an "everyday US aircraft carrier look like a single man rowboat," he remarked (check out Allen's YouTube channel, which includes some of his UFO footage, including the tubular craft). He believes some of what he documents could be considered more like an organism than a spaceship, and also talked about a curious celestial phenomenon over Nuremberg in 1561, documented in an illustration at the time. 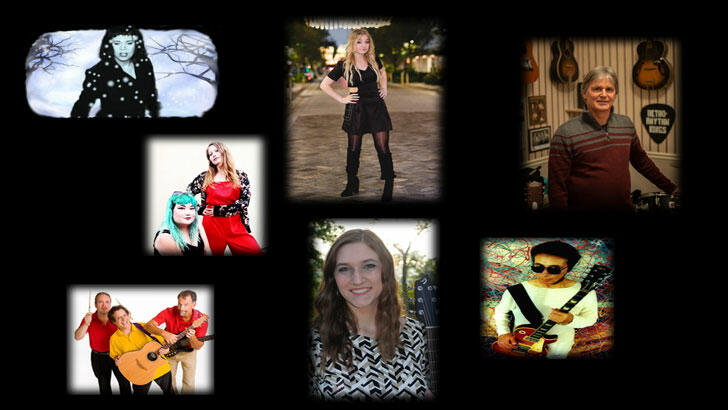 The first Sunday of every month, George Noory presents emerging artists for some of the Bumper Music selections. Tonight, we'll hear from Frances Byrne, Brad Burkhart, Steve Pullara & His Cool Band, Leon Rubenhold, Kristina Evonne, Alyssa Marie Coon, and Paintings. For more info on how to submit your original music, visit this page.