Author Jack Sheehan joined George Knapp during the first half of the program to discuss the life and exploits of Jimmy Chagra, who took the drug industry by storm in the early 1970s. Sheehan reported on Chagra's first smuggling operation which happened circa 1970 after highly decorated Vietnam pilot Pete Krutschewski talked him into taking a crack at the drug business. The two rented a plane, flew to Mexico, and spent two weeks locating and buying the best marijuana they could find. They purchased 720 pounds of marijuana at around $3 to $4 a pound, took it to Aspen, Colorado, and sold it for $100 a pound, Sheehan explained, noting that single trip netted Chagra and Krutschewski $85,000.

By 1975, Chagra's shipments generated $5 to $10 million, and covered the entire West Coast of the United States. Flush with money, Chagra indulged in high stakes gambling in Vegas. Ceasar's Palace would even send a plane for Chagra, Sheehan revealed, adding he was a generous tipper to the local dealers. "If he would win a million dollars at a night at the craps table.. each one of the guys that worked the game made $25,000 for one night's work," he said. Sheehan also spoke about Chagra's body guards, whom he called 'stone cold killers.' "If you want my guess, there were some murders in [Chagra's career]," he speculated, pointing out Chagra ultimately went to prison as part of a murder plot.

In the latter half of the show, author Lee Server talked about the life and crimes of mobster Johnny Rosselli, whose career flourished for an extraordinary fifty years—from the bloody years of bootlegging in the Roaring Twenties to the modern era of organized crime as a dominant corporate power. "In the 1920s in Boston the work you could get was with the gangs, the bootleggers, the people who were fulfilling the needs that Prohibition had ended a few years earlier," Server explained, noting this was Rosselli's world as a teen. At the behest of one of his friends, Rosselli moved to California where he hooked up with bootlegger Tony Cornero, Server added.

Cornero took Rosselli under his wing and taught him to mingle with society, he continued. After Cornero fled the country and the Los Angeles mob fell apart, Rosselli became a fixer for the mob leadership who took over and a fixture in the movie industry. Server outlined how Rosselli helped Al Capone when he came to LA, and ended up working for the Chicago Outfit and moving to Nevada, where he was directly involved in the legalization of gambling by making strategic payoffs. Server also covered Rosselli's recruitment by the CIA in a plot to assassinate Cuban leader Fidel Castro and how Rosselli met his ghastly demise. 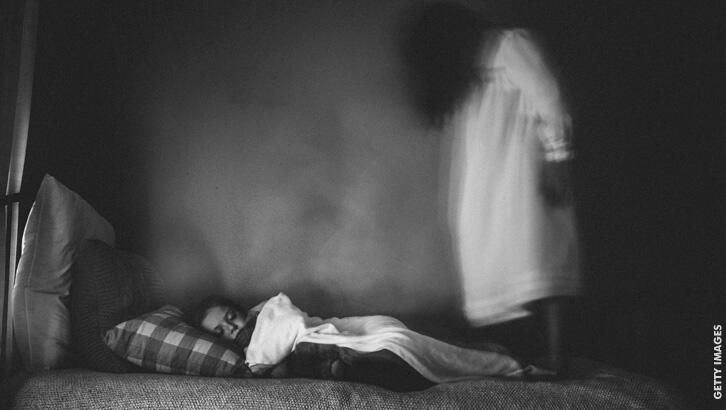 George Knapp shares a number of recent news items of interest, including a piece on the Pentagon's Unidentified Aerial Phenomena Task Force, a report on how researchers are learning to control nightmares, and an article on a terrifying prehistoric crocodile with banana-size teeth: