Researcher Mark Musick joined host Ian Punnett (Twitter) to delve into the secret life of Howard Hughes, including how he fooled the world by faking his death in 1976, assumed a different identity, and lived in secret until his passing in 2001 (related images). "His overall personality was reclusive... he really didn't like being out there, and that reflected in a lot of the later part of his life," Musick said. He recalled speaking by phone to a woman named Eva McLelland who wanted to leave part of her estate to the non-profit organization where he worked. When Musick met McLelland in person she claimed to have been married to Howard Hughes.

"I just didn't believe it for about four years, I thought she was crazy," Musick admitted. Part of the mystery surrounding Hughes is how his public persona transformed rather quickly from the successful titan of business to a long-haired, drug-addicted recluse with rotting teeth. According to Musick, the disheveled Hughes was a stand-in. Hughes had established a pattern in the 1960s of bringing in people who looked like him to act as doubles to do the monotonous things he no longer wished to do, he added.

When Hughes decides to disappear from public view he received the assistance of the CIA who provided him with the identity of a missing CIA operative, Verner "Nik" Nicely, Musick continued. It is Nicely that McLelland eventually meets and falls for in Panama. As McLelland gets to know Nicely (Hughes) she learns to quit asking him questions about his background and activities, Musick revealed. She eventually pieced together his real identity which Hughes confirmed to her in 1975, the year before his public stand-in died, he reported. 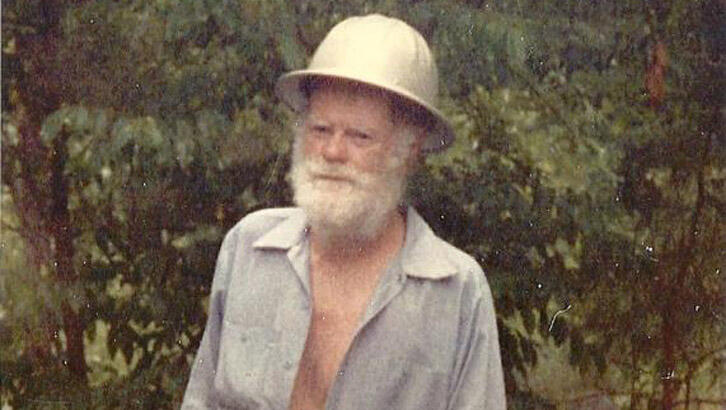 Mark Musick has provided a few photos of Howard Hughes to accompany his appearance on tonight's show. View here.