Chris Bartel worked for Robert Bigelow as a security officer and spent time at the Skinwalker Ranch. His photography of the ranch will be on display at the University of Maryland Art Gallery in 2021. Chris, along with Taras W. Matla, Associate Director of the Gallery, joined George Knapp to discuss the exhibit and the experiences Chris had when working on the ranch, providing a rare glimpse into the mystique surrounding the location while highlighting its grandeur and natural beauty. Bartel said he was hired in September of 2010 and began working as a security guard soon after. He said he was not aware of the history of the ranch and it "was kind of a new adventure" after serving in the United States Air Force, even though "at times it was spooky and made you nervous."

Bartel said he carried his own professional camera on his rounds in addition to one issued to him by his employer. The photos in the exhibit came from his camera. Gallery director Matla said that he was struck by the impression that Bartel was "really building off a deep American tradition of photographing the American West" with his images. Bartel described long shifts of work at the ranch and the constant feeling of "being watched" as well as "shadows moving across walls" and phantom footsteps in the small trailer, which was the base of operations. He noted that working there was not for everybody, and that it definitely "changes you as a person." 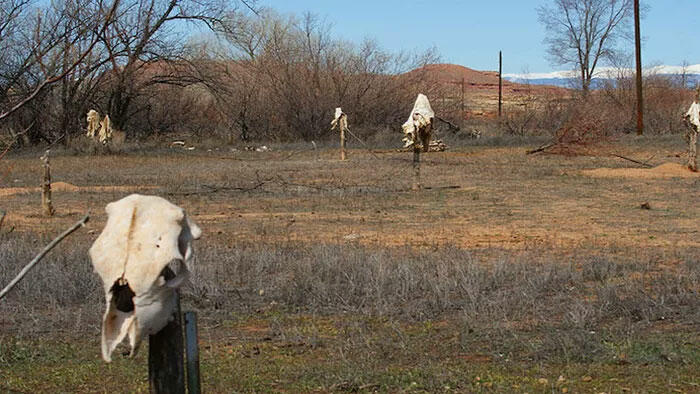 (Collection of the University of Maryland Art Gallery / Christopher Bartel )

Many establishment scientists are trying to tell us that there is no reality beyond the physical. This has not been proved scientifically, so unscientific methods such as ridicule and power politics are used to force this concept on the public, argues legendary computer programmer Bob Gebelein. In the second half, he discussed his exposé of corruption in accredited academic institutions and why he is calling upon the public to put pressure on them to clean up illegitimate arguments used to dismiss legitimate findings in areas such as parapsychology. Gebelin said he has "great respect for science," but that many scientists engage in "prejudices against things they know nothing about," dismissing well-researched findings because they do not fit with the dominant paradigm of physicalism, or the idea that all phenomena derive from known physical processes.

He first realized that mainstream science might be narrow in its approach when he had a premonition of his grandmother's death in 1958 - something not accounted for by science. This began his examination of science's attitude that "there is nothing beyond the physical." He believes that many who call themselves "skeptics" are actually "zealots" with an agenda to discount anything not based in established theories (such as reincarnation). The most precise statement Gebelin said he could make about subjects presently rejected as false by science is that "there is stuff we don't know," to counter the attitude that science is simply refining theories at this time, with nothing further to discover.

George Knapp shared a number of recent items of interest, including an article on a 780,000-year-old UFO.