"Ready Player Two," the anticipated sequel to the worldwide bestseller "Ready Player One," which inspired the blockbuster Steven Spielberg film, will be released November 24. Ernest Cline, the author of the books joined George Knapp to discuss his virtual universe and the impact that science fiction has on our future. Cline recalled his childhood in a trailer park, where some of the first video games ever released helped him forget his almost dystopian surroundings, and enter a world where he "got to wander these digital landscapes." Cline said he was also a fan of the Road Dahl books, such as "Charlie and the Chocolate Factory," and came up with a story based on the premise that pondered what would happen if "Willy Wonka had been a video game designer and held his greatest contest inside a video game?"

Cline described his astonishment at having his book filmed by Steven Spielberg, one of his childhood heroes, saying it was "enlightening and enjoyable" to get to know him on a personal level after enjoying his work for many years. Some of the technology predicted in "Ready Player One," such as virtual reality, have become almost commonplace, and Cline detailed how such things as cell phones and sliding doors were predicted by the original Star Trek TV series. At this time, human-machine interfaces are being developed and Cline speculated that "once you can do that, amazing and frightening things can happen." One example is a virtual world (such as depicted in his novels) where people may like the simulation so much that they don’t want to leave. He speculated that the real world would "begin to suffer from neglect" and that may already be happening as people are so "wrapped up in the internet and entertainment while the real world is on fire."

Susan Demeter is a Canadian born scholar, author, artist, and witch who currently lives in Italy. The themes of her work incorporate her lifelong interest in exceptional human experiences, UFOs, nature, social history, mysteries, and cosmic magic. In the second half, she spoke about her witchcraft practice and what it means to be a witch in the 21st century, along with the terror of the European witch hunts, and why millions of people are identifying as witches and pagans at this time. Demeter described her first experiences with the supernatural as occurring during her childhood, with "little men" who she thought at first were ghosts. At age 23, she had a dramatic UFO sighting over a nuclear power plant in Toronto, Canada. This experience made her realize that the childhood episodes were not as imaginary as she believed up to that time, and led her into a life of inquiry about the paranormal.

Demeter discussed the reputation of witches as evil and said that this was likely a result of religious persecution over the centuries "as Christianity took hold in Europe." The witch was often seen as "anyone who was not conforming to the norm," she added, or acting in way that was considered unacceptable to these societies. Demeter described witchcraft as using magical methods to "get an outcome that you want." She said this includes such techniques as psychic functioning, or using magical tools. For herself, Demeter mentioned that she has used these techniques in "creating UFO experiences, and rituals to communicate with light phenomena." While she noted that she actually has a broom which she made and uses ritually to clean her home of bad influences or negative energy, Demeter concluded that the most important tool for a modern, practicing witch is the witch themselves. 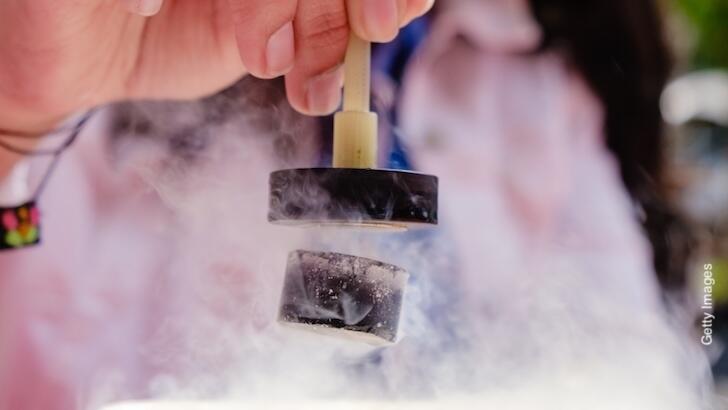 George Knapp shared a number of recent news items of interest, including a look at a controversial JFK conspiracy theory and the search for a substance that would completely change our world.