Mark Lerner began his astrological studies in 1972. His journal "Welcome to Planet Earth" reached thousands of astrological students and professionals worldwide and became well-respected as one of the top periodicals concerning Mundane Astrology. In the first half, he presented his astrological outlook for 2021 and beyond. The recent alignment of Jupiter and Saturn (which happens around every 20 years), shifted from an earth sign to an air sign, he said, indicating a move from a materialistic perspective to a more expansive, universal one. In terms of America in 2021, Neptune will be going opposite where it was in 1776, and "that could be an illumination or a kind of schizo pulling apart," he mused.

Regarding the upcoming Inauguration, with the sun in Aquarius and in relation to Chariklo (a companion of the dwarf planet Chiron), there will be a healing energy, he noted. However, the presence of the Void Moon during the presidential oath could bring in unknown forces. In 2021, Saturn will continue to be squared with Uranus, he reported, which could be reflected in the rise of cryptocurrencies like Bitcoin, and shakeups in the banking system. Lerner announced the availability of his astrology app, The Cosmic Kalendar, which includes daily events and access to his podcast. During the second hour, he gave readings for callers, sharing details like those born under the sun sign of Cancer often have a lot of psychic energy.

Craig Campobasso is a filmmaker and Emmy-nominated casting director, who directed and wrote the short film "Stranger at the Pentagon." In the latter half, he described some of the 82 extraterrestrial species said to populate the universe, including their origins, physical characteristics, technological and mental abilities, and cosmic agendas. For his research, he met with many contactees, as well as "hybrids," claiming to be from various places around the universe, including a female "Mantis hybrid." The Mantis beings, he explained, have often been seen in the background in alien abductions, observing or protecting. According to some of the hybrids he met, their fathers worked at military installations, and they were created from human sperm and ET DNA from up to three different races.

One of the better known alien species, the Greys, hail from such places as Orion and Zeta Reticuli, and can be interdimensional or inhabit different timelines, he outlined. A beneficent species called the Clarions "honor the one with no-name, the invisible architect," and believe time and space are their temple, and "the universe [is] their sanctuary." Many aliens, like the Nordics, look just like humans, "and that's why...a lot of beings from all over the universe...are actually living and working at jobs on the planet," Campobasso suggested. There is a "Galacterian Alignment of Space Peoples and Planets," he continued, consisting of telepathic beings who are "fully conscious," in contrast to humans who struggle with their dualistic nature. He detailed how many planets have giant outdoor stadiums where residents gather to listen to "universal broadcasts" coming from different sectors of the cosmos. 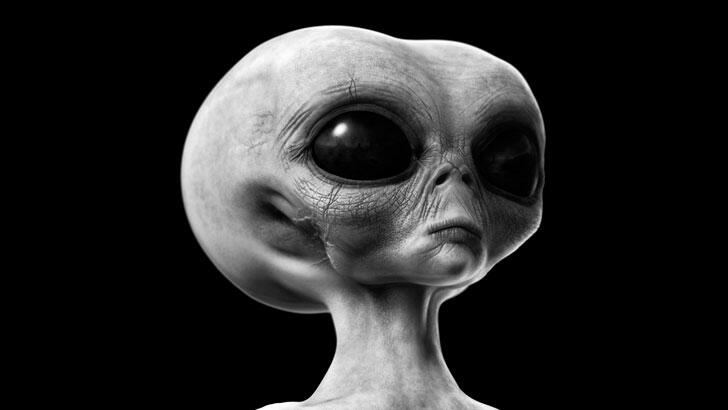