In the first half, Brandon Fugal, real estate tycoon and owner of Skinwalker Ranch, joined George Knapp to discuss his ongoing investigation into the 512-acre Utah property to uncover the perpetrators behind the mysterious hot spot for UFO and "high strangeness" phenomena. Surrounded by Native American tribal land, the ranch has became known as a vortex of the paranormal and mysterious, with dozens of instances of UFOs, cattle mutilations, and other activity reported over the years there. At the time he purchased the property, Fugal recalled, he was not convinced that the reports of its paranormal activity were true. "As someone who had never seen a UFO, a ghost, an orb, or anything of the sort, I acquired the property as a healthy skeptic," he said. Soon, however, his security cameras detected what he believes were UFOs, and he realized that "this could very well shape up to be he greatest science project of our time."

Fugal launched a television show, The Secret of Skinwalker Ranch, which is shot on location and airs on the History Channel. The show, which investigates the unexplained incidents on the property, has proven to be risky to produce, with several instances of equipment malfunction and danger to the production team, he explained. Camera drones have suddenly gone off course, power has inexplicably been lost, and crew members have suffered from injuries, temporary paralysis, and even exposure to radiation.

At the end of the segment, listeners called in to speak to Fugal. One caller suggested that the spirits of the surrounding tribes, disturbed by the intrusion of outsiders, may be responsible for some of the incidents at the ranch. Another asked Fugal whether certain individuals acted as antennae for the mysterious occurrences; Fugal agreed, saying he'd like to be more careful about the unwanted activity some people cause.

A series of newly surfaced images and videos of unidentified flying objects, filmed by the US Navy, have now been confirmed as authentic by the Pentagon. The video, released by filmmaker Jeremy Corbell and George Knapp, shows pyramid-shaped craft flying over US military installations recently. In the latter half of the show, Corbell and actor and filmmaker Reuben Langdon talked about the new footage—and how the intelligence community, along with US Senators, are now finally taking this topic seriously.

While Corbell acknowledged that his story has gone viral among mainstream media, he expressed his disappointment that the UFO community has been among his biggest detractors. Langdon related his experience with co-producing a Citizens Hearing in 2013, where 40 witnesses, mostly ex-government and military, testified in front of six former members of Congress about ETs engaging with the human race.

Calls from listeners were taken, with one asking whether the objects Corbell reported on were merely the effect of glare on the lens of witnesses' cameras; Corbell was adamant that they were not. Another caller told of his discovery of a surprising amount of activity in the night skies, and argued that ETs are trying to get the attention of Earth's inhabitants. 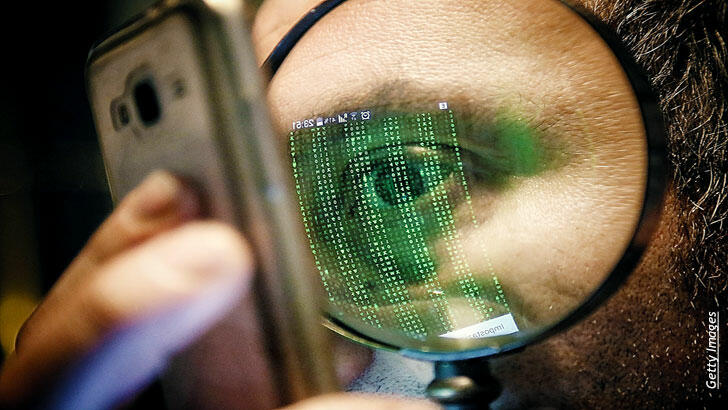