Ryan Holiday is the author of books about marketing, culture, and the human condition. In the first half, he discussed courage and bravery, and how ancient Greeks and Romans (like Marcus Aurelius and Aristotle) explored these concepts. Categorizing courageousness into two categories-- physical and moral, he traced the commonalities that connect such people as a firefighter, soldier, whistleblower, and fearless scientist. It's their willingness to put themselves out there or put themselves on the line for something or someone. There has to be a certain risk to their choice and the willingness to face criticism, he added-- "that's the leap we have to take in the pursuit of courage."

All great things in life require courage, Holiday continued, whether it's to speak to an attractive stranger across the room, pursue an unconventional path in life, or start a new business. "We don't know what the result is going to be. We have an expectation; we have a hope," but we are forging into the unknown, and this is what leads to real progress, he remarked. Sometimes fear can act as a motivator to make a courageous or difficult choice, like the fear of missing out on your moment or destiny, or simply regretting not taking a chance on something. Courage, he noted, could be seen as the midpoint choice between cowardice and recklessness as the two extremes. For more, see his blog "15 Ways to Overcome the Fear That's Killing Your Potential."

Scientist and attorney Casey Luskin holds a Ph.D. in Geology. In the latter half, he argued on behalf of the intelligent design theory and detailed how Darwin-doubting scientists are hounded out of academia. He defined intelligent design as the idea that "many aspects of life in the universe are best explained by an intelligent cause rather than an undirected cause like natural selection." As an example, he cited "language-based codes in our DNA, which are interpreted by our cells through a form of computer-like information processing" that's used to build the different structures in our body. Such codes and processing have only one known source, and that's intelligence, he suggested.

While Luskin concurs with some aspects of Darwin's work, such as how species evolve in a 'survival of the fittest' manner, he noted that natural selection can only explain existing variations. "Where did those complex features, like say an eye or a wing...where did they come from in the first place?" he pondered. Humans are said to have evolved from an ape-like species 2-3 million years ago, but the fossil records don't show any evidence for the transitional beings, Luskin pointed out. "We see multiple instances of design and information being infused into the biosphere, very rapidly, at various points throughout the history of life to generate these new types of organisms," he added. Luskin also discussed problems with the idea that life spawned from an early Earth "primordial soup." 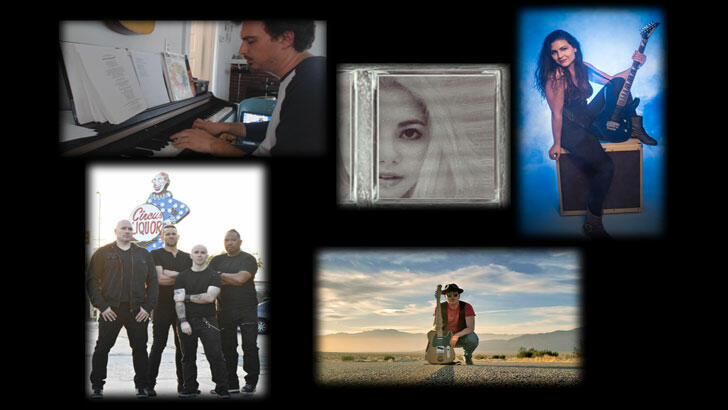 The first Sunday of every month, George Noory presents emerging artists for some of the Bumper Music selections. Tonight, we'll hear from Emily Rose Mandell, Chris Armes, Philip Ray Belcastro, I-55 South, Phil Coe, Cherisha Heart, and Ninefinger. For more info on how to submit your original music, visit this page.