In the first half, author Robert Greene explored power, manipulation, and human nature through the lens of history, psychology, and his own experiences. It's clear, he asserted, that despite the image they may project, highly successful people are typically ruthless and Machiavellian in their approach to getting what they want. But, Greene cautioned, it's important that we recognize the deceptive belief that we are somehow immune from such self-centered behavior. The envy, aggression, and deception we all engage in, even on a small scale, are manifestations of the same strategies to get what we want. These are not necessarily the marks of personal moral failings, he explained, but hard-wired responses that go back to primitive humankind. Empathy for every person we encounter is an effective way to manage these impulses, because it allows us to understand others as individuals, not merely obstacles in our way, Greene added.

Greene cited a number of well-known figures to illustrate the concepts he presented. Abraham Lincoln, for example, was a very complex person who recognized his aggressive as well as his "soft" sides, both of which he was able to put to use for his own political and personal purposes. John F. Kennedy, by contrast, was highly effective at public relations, but not as strategic about the day-to-day affairs of his presidency. The Spanish explorer Cortes, said Greene, exploited the human reaction to "do or die" situations by intentionally sinking his own ships in order to force his men to fight harder in their conquest. On the other hand, he argued, there is such a thing as going too far in winning a victory; Germany's humiliating defeat in World War I, as gratifying as it was for its adversaries, may have led its citizens to rally around Hitler as he rose to power in the aftermath.

When Jacob Cooper was three years old, he nearly died from whooping cough. In the second half of the show, he told the story of his battle with the illness which, he claimed, resulted in an encounter with the afterlife. After an out-of-body experience wherein he examined his own system shutting down due to lack of oxygen, he was filled with the euphoric spirit of God and presented with images of various incarnations of himself, he said. At this point, he awoke in the hospital, which, he believes, was his own choice, rather than remaining in the afterlife.

Today, Cooper is a licensed social worker and hypnotherapist. He took this path, he recalled, in order to help people—specifically to allow them to discover their own past lives. He sees his NDE as a "double-edged sword," he shared, but that he would not have it any other way. Through empowerment, he's able to offer his patients the opportunity to extend their consciousness and lead happier lives. 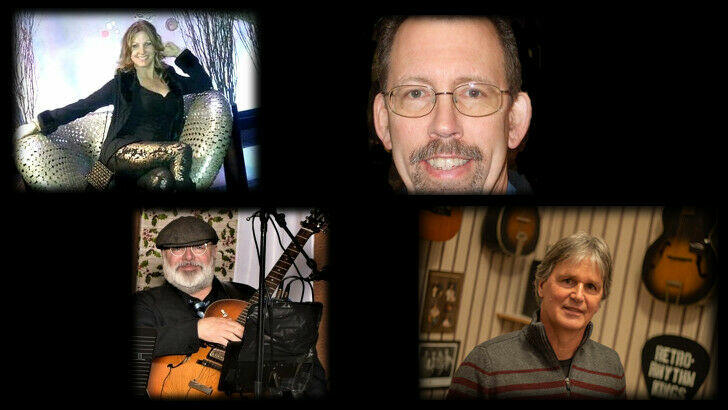 For more info on how to submit your original music, visit this page.