In the first half, expert in alternative fuels and sustainable agriculture, David Blume discussed such issues as rising gas prices and problematic supply chains, as well as his efforts in the regenerative farming movement. The 'just in time' manufacturing process (items created to meet demand) has been turned upside down with the pandemic, he said, and now, manufacturers have realized that they can get away with raising their prices and making less product. He pointed out that with gas prices more than $5 a gallon in California, the alternative fuel, alcohol, is selling for over a dollar less. Interestingly, he suggested that Big Oil companies are behind the push for electric cars, as fossil fuels such as coal are used to produce the electricity needed to run the vehicles.

Meeting Richard Branson, he found out that the British business magnate was very interested in Blume's method for converting diesel generators into alcohol (Branson powers his island with wind turbines but occasionally needs other sources). Blume also spoke about his project of converting old plastic (such as from the ocean) back into ethanol. Related to this process, edible plant proteins can be created, and deforestation is reduced, he enthused. He also touched on his project to grow food without adverse effects on the environment (as they do at his Whiskey Hill Farms in California), and his organic hand sanitizer made without isopropyl alcohol, which is safe to use on the skin.

Karin Anderson is a biblical researcher who presents hidden information and prophetic interpretation. She worked with the late Vendyl Jones, who was known as the real Indiana Jones. In the latter half, she spoke about biblical prophecies, as well as the validity of the Dead Sea Scrolls and the prophetic material they contained. The Scrolls convey information that was sealed off, and wouldn't be opened until the End Times, she believes, and further, we are living in those times now. She also discussed the Sonimi manuscript from Great Britain which includes a prophecy from the Christian apostle Paul about a new gospel that would stop a plague by opening a fount in Jerusalem. She demonstrated how this prophecy is timed to come forward now and, therefore, may apply to the current coronavirus pandemic.

Isaiah talked about Jacob's vision of a war in heaven that would involve gods and men, she recounted, and that Israel would need to know how to fight this. Paul implies that "he knows the secret doctrine of Israel, the Zohar," relating to Jacob's vision, she continued. In this war, there will be too many bodies to bury, and the earth will open up to absorb them, and, according to Ezekiel, the pit of hell (located near the north end of the Dead Sea) will open up, Anderson added. 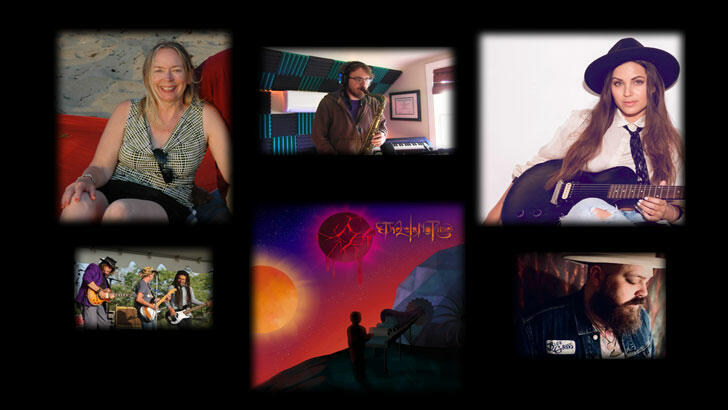 The first Sunday of every month, George Noory presents emerging artists for some of the Bumper Music selections. Tonight, we heard from Sean Reeser, There is No Time, Christine McHoes, Small World World Band, Johnny Ironsights, Tom Sawyer, and Sarah Packiam. For more info on how to submit your original music, visit this page.