Researcher and author Marilynn Hughes has had thousands of out-of-body experiences (OBEs). In the first half, she detailed what she's learned from the OBEs over the years, including insights on different spiritual dimensions, reincarnation, and the afterlife. In an OBE, the soul separates from the physical body and can travel in the physical realm but that's just the tip of the iceberg, Hughes said. Beyond the physical, one can travel into the astral plane, and "through the corridors into multidimensional realities and into higher and lower spheres of existence," she explained. Through this process, the soul is educated in mystical wisdom and vast knowledge, and this can accelerate a person's spiritual journey, she added.

According to Hughes, not all the realms are desirable places-- there are infinite numbers of hells and purgatories, and travelers need discernment and guidance, which can be received mystically. Interestingly, she said that some of us will be called to these lower realms "to give service." Just as we may receive assistance from souls who reside in higher spheres than us, she described how we may be asked to do the same for those in the lower realms. Hughes has made many surprising discoveries in the realms she's traveled to, with both positive and negative aspects. In one of her OBE revelations, she was shown how our prayers are received: "I saw how...[they] ascended into heaven like lightning, with literally thousands of these lightning strikes from Earth to heaven." She was shown angels receiving our prayers, and setting up a miracle healing for a woman.

A former Benedictine monk of over 18 years, Joseph Marino is the author of two books and more than 60 articles and conference presentations on the Shroud of Turin. In the latter half, he shared evidence as to why he believes the Shroud was the genuine burial cloth of Jesus, and that the 1980s sample testing invalidating the claim was not accurate. The Shroud depicts the front and back images of an apparently crucified man, as well as wounds that correspond to the way Jesus's were described in the Bible, Marino noted. Further, he added, no one has ever been able to replicate an image that combines the same anatomical and physical characteristics of the cloth. He recounted the known history of the Shroud, and how it was first found in France in the 1350s, and moved to Turin in 1578 (where it has remained except for when it was relocated near Rome during WWII).

In the carbon dating of the Shroud in the 1980s, the protocols for sample gathering were ignored, Marino asserted, as they chose a fabric sample for testing that some believed had been repaired with newer cloth over the centuries. The testing results from three labs dated the specimen between the years 1260 and 1390, rather than the first century. However, the late chemist Ray Rogers reportedly said that an earlier sample taken in the 1970s didn't match the samples for the 1988 C-14 test, and he believed they were not representative of the whole cloth. For more on the cloth testing, view this video clip featuring Marino. 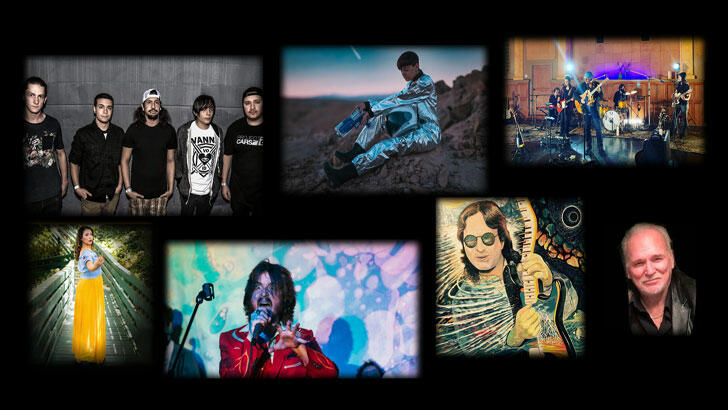 The first Sunday of every month, George Noory features emerging artists for some of the Bumper Music selections. Tonight, we'll hear from Between the Heart, Hearty Har, Scott Howard, Shauna Serene, Hexador, Sam Stray, and Ray Gilman. For more info on how to submit your original music, visit this page.