Pastor Paul Begley hosts a weekly telecast of the "Coming Apocalypse" on World Harvest Television on Direct TV channel 367. In the first half, he discussed how biblical prophecy is lining up with scientific discovery and current events, like the Russian invasion of Ukraine. Apocalyptic weather is increasing, such as intensified earthquakes and hurricanes, and '1,000 year' floods, and these are signs of the end days, he said. The Bible says there will be an Antichrist (also called the Beast), and "he will make ten men kings in one hour," and the world will have an absolute change of the guard, he continued. Further, the Antichrist will be a charismatic figure that people love-- "he promises liberation, but in reality, he brings people into bondage," Begley warned.

The prophesied Mark of the Beast will be some type of technological advance used to buy and sell (the Bible said it would be positioned in the right hand or the forehead). "It's tied to a spiritual decision that every individual has to make, whether they are going to be in compliance with the Antichrist, or be in defiance," he remarked. Starting in 2023, "the next seven years," Begley predicted, "will be the most prophetic years in the history of humanity," including the arrival of the asteroid Apophis in 2029, which may have companion rocks that will have a deadly impact on the world, as foreseen in the Book of Revelation.

International psychic medium Ericka Boussarhane is highly respected for her ability to communicate with loved ones from the Other Side, and uses her mediumship and clairvoyance to help others find closure. In the latter half, she talked about her clairvoyant communications, as well as the psychic implications of being a kidney transplant recipient. She felt that after she received the transplant from a deceased donor, her psychic abilities were enhanced, and her food choices changed (such as eating white beans for the first three months after the operation). She perceives that the donor is always with her and that he serves as a motivational force, and literally shows her visions. She also believes that his family members have appeared to her in dreams.

In hauntings, people sometimes observe shadow figures that can be the deceased spirits of family members or earthbound spirits trying to convey a message related to unfinished business, she explained. She doesn't believe in expelling spirits but rather that we can co-exist with them and share the space. Boussarhane also talked about her Second Sight Paranormal Investigations & Forensic Services, which combines a team of people with different skill sets who explore various hauntings, urban legends, and unsolved mysteries. During the last hour, she offered readings for callers, and talked about our innate ability to harness intuition and healing. 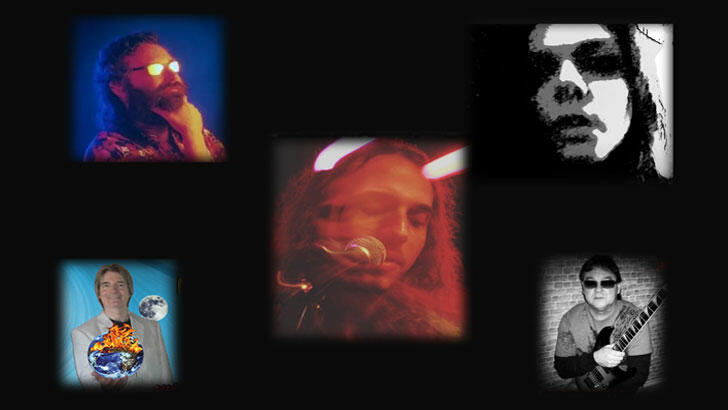 The first Sunday of every month, George Noory presents emerging artists for some of our Bumper Music selections. Tonight, we'll hear from Brian Marcus, Chris Francis, Caren Bangerter, Sonic Bouquet, Flavian, Joe Sewell, and Synthoid Sounds. For more info on how to submit your original music, visit this page.