The supernatural is neither fantasy nor fiction but a vital and authentic aspect of life, according to famed experiencer Whitley Strieber and professor of religion at Rice University Dr. Jeffrey Kripal. Both men joined George Knapp in the first half for a discussion which argued that all kinds of "impossible" things, from extra-dimensional beings to bumps in the night, are not impossible at all. Strieber began with a discussion of the so-called UFO "meta materials," which he said did not necessarily come from another world, but that we just "can't make [manufacture] it yet." Kripal added that the recent revelations about these materials have "really changed the conversation in the public square" about UFOs. Kripal pointed out that there is a history in religious literature of objects (such as clothing or other items) that are supposed to give the faithful a direct connection with the Divine, and that these supposed materials are quite similar in function for us.

Strieber said he believes that most information about this subject is so secret that it has not been written down because those who deal with it want no records that can be traced. Kripal said he remains "skeptical about the notion of disclosure," and that he doesn't believe that anyone "in the military of the government has the capacity or the means to know the truth." Both guests discussed various incidents that occurred when Strieber's wife Anne passed away in 2015. Strieber recalled a series of phone calls from close friends who told him that Anne had asked them to call and report that she was OK. Kripal described an incident when they were sharing a cabin at a conference where he woke in the middle of the night and perceived an "indirect experience with something that Whitley experienced directly." He also said that many scientists and academics are "in the closet on this," but are becoming more open to the UFO issue.

In the last two hours, Strieber talked about his newest book on the Visitors, and his and others' experiences with them, as well as other strange experiences that have happened to him over the past decades. Previous Coast guest Dr. Diana Walsh-Paulka called in to relate the story of Strieber apparently visiting friends of hers in an out-of-body state. All witnesses independently agreed that Strieber came to them one night when he was nowhere near them physically. Pasulka said the events jolted her out of her agnosticism and remarked that "the message for me was 'this happens, and it's real.'"

Strieber commented that the Visitors inhabit a reality which is unbound by time as we experience it; we inhabit a "stream of time" and that the aliens live outside of this stream. When people are abducted, it is "like being a fish pulled out of the stream," he stated. Strieber does not necessarily perceive them as classic "extraterrestrials," but that "some of these things are human beings in another form." He further surmised that they have reached a point in their evolution where "nothing can surprise them any more" and they crave our sense of wonder at life, and part of the contact experience is an attempt to share how we perceive reality. As a further perspective, Strieber recalled Anne once telling him that "the dead are connected to this," and those we think of as "aliens" inhabit the same realm as those of us who've passed on. 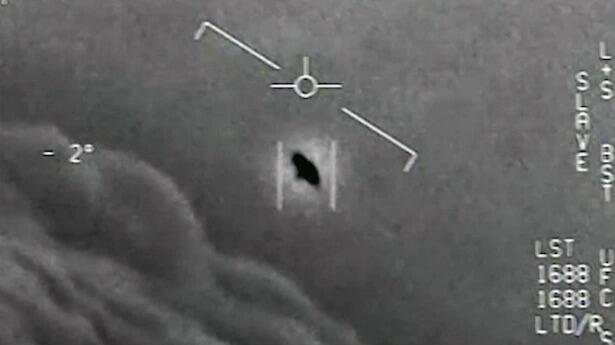 George Knapp shared a number of items of recent interest including articles on the media and UFOs and IQ tests of captured Nazis: