In the show’s first half, intuitive healer Sarah R. Adams told George Noory about the ancient forces at work in the universe, and how they affect our own lives. Extraterrestrial beings, Adams explained, are cosmic entities who seek to bring positive energy across all of space and time. To do this, they take on different incarnations—including life forms here on Earth—to increase our “high frequency” energy levels. In fact, Adams said, she herself is such a being who came to Earth in human form, despite being warned against doing so by her cosmic peers. Our planet, she was told, is embroiled in chaos and negative energy, partly because humanity doesn’t understand our responsibility to awaken our “Christ selves,” or divine natures. Until we do, disease, pollution, and violence will continue to plague us as a species.

We’re a long way from achieving our ideal, so Adams insisted on incarnating on Earth to help us heal. Having lived numerous past lives on other planets in our solar system (all of which were inhabited at different times), she was confident in her mission to promote a massive shift to higher-frequency existence. Adams claimed her experience as an ET has resulted in extensive contact with friendly supernatural beings like angels and even Reptilians. On the dark side are disembodied spirits, “energy vampires” who battle against the spiritual and galactic well-being of all things, she added.

In the second half, author, gardener, and avid cook Candice Covington shared her theory of the vibrational properties of different types of food. When natural foods like fruits, vegetables, herbs and grains are eaten, she said, they resonate physically with the human body, offering us a number of benefits far beyond their nutritional value. When consumed with intention and appreciation, healthy foods align with our deepest personal desires and ambitions to promote emotional and spiritual well-being. Junk food, on the other hand, only magnifies our sense of dissatisfaction and loss, and so is best avoided.

Covington’s understanding of food’s role in our lives is not something she developed through a traditional career path or classroom training. Instead, she explained, two tiny fairies visited her in several “teaching dreams” years ago, telepathically laying out the complex ideas she eventually turned into her book. Among the insights she gleaned were the relationship between a food’s color and its usefulness, as well as the chakras it stimulates. Covington also discussed the specific benefits she believes different foods provide: cherries promote happiness, certain varieties of yellow squash help us stick to our routines, and consuming oil of oregano encourages personal responsibility, for example. 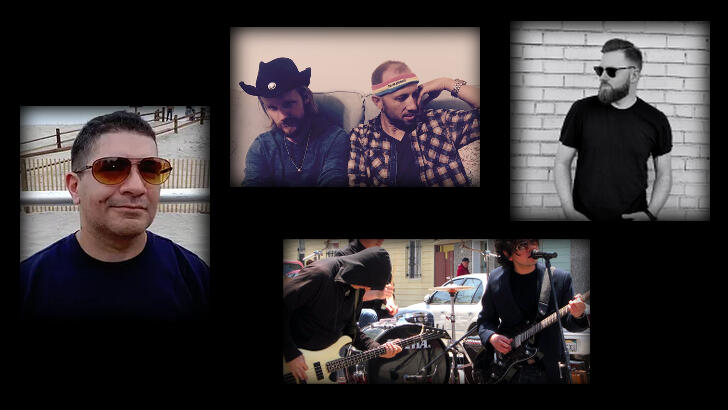 The first Sunday of every month, George Noory features emerging artists for some of the Bumper Music selections. Tonight, we'll hear from The Gifted Children, Tomihira, Johnny Wicker, Doug Colosio, I-Roc-Aye, After The Storms, and Zero Point Giant. For more info on how to submit your original music, visit this page.